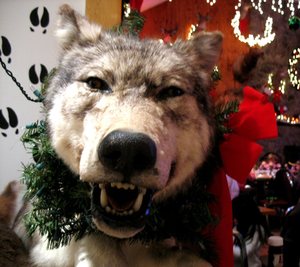 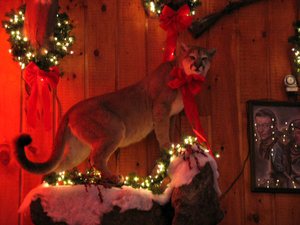 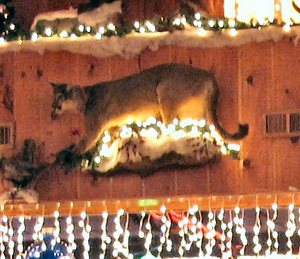 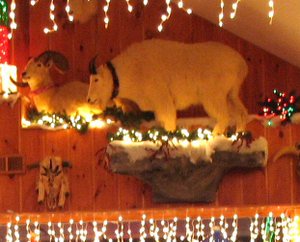 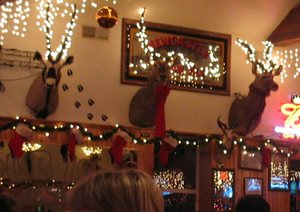 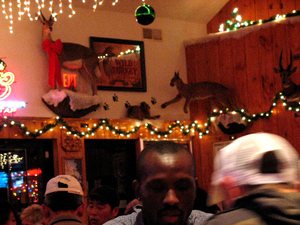 I was poking around roadfood.com, trying to find good burgers around North Jersey, and I stumbled upon a few mentions of Pub 199 in Mt. Arlington.  The reports of clams and steak for 19 bucks piqued my interest, so off we went. 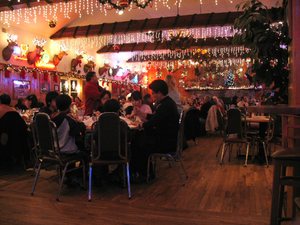 Pub 199 is an enormous banquet hall-looking place, with lots of stuffed animals.  I think that's a fair description.  These stuffed animals are everywhere, up and down the walls, front to back.  And Christmas lights too, even though it wasn't necessarily the holiday season.  Needless to say it's kinda, um, fun.  Or weird.  Or something.  And if you order carefully, you can get some decent food for very little money. 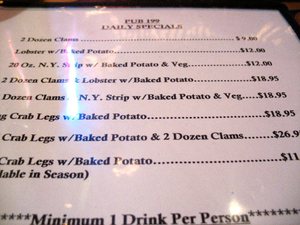 I figured I'd try that steak/clam combo.  The clams were quite good.  They must go through a lot of clams here, as every table had an order or 10.  They're served with some drawn butter, and that's it. 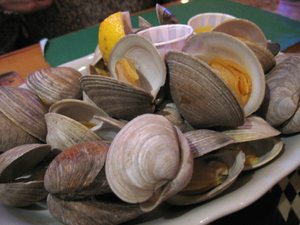 The steak doesn't bring it, however.  It was fatty and near inedible.  I was hoping for an Arthur's Tavern level of steak, but didn't get anywhere near it.  I'm sure this was an exceptionably horrible steak, and that most steaks here are at least a bit better, as there's no way anyone would like this piece of meat.  I did alright eating the fries and the canned corn (veggie du jour) I'll stick with the lobster next time, which was cooked just fine, and quite a value. 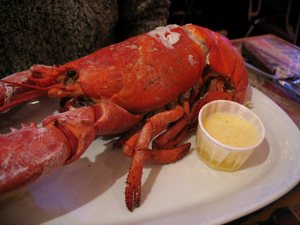 The wine list is basically non-existent, but a palatable pinot grigio does make an appearance for all of 14 bucks.  Granted it's probably a 6 dollar bottle, but it's a decent value at 14 dollars.  Beer is a good choice as well.  A pitcher runs about 10 dollars if I recall correctly. 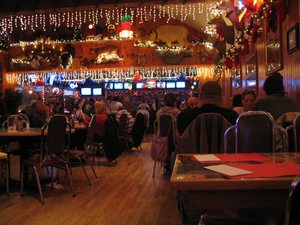 The place is certainly family friendly.  There were several huge tables filled with huge families, lots of younger people hanging out with friends (it's a better choice than a diner, which is where we hung out as kids, I would think), and a large bar filled with folks eating and drinking and watching one of the many TVs.

I'll return here when I have a clam and lobster and beer hankerin'.  Probably with a group of people, to maximize the fun-factor.