A day or two after cherished t:e reader menton1 lamented that Alan Lee, famous in Westchester, needs to open one of his pan Asian places in NJ, lo and behold, Wild Ginger, opening in Ridgewood where nothing notable (Wild Noodles?) used to live on Chestnut, is, actually, in fact, an Alan Lee restaurant, complete, no doubt, with a "pan Asian" menu...and did I spy a communal table in there?  Oh dear, no, not a communal table.  (EDIT:  some thoughts on Wild Ginger here (clicky).

Well, I guess there's only one thing to do:  try it, with sticky sweet fried sea bass pan-Asian expectations that I might have had in the early 90's.  EDIT:  and try it I did.  Expectations:  met.

Seriously though, it has to be better than Wild Noodles.

(And no, it's not related to Englewood's Wild Ginger.)

A recent newsletter from the nice people at Ridgewood's Broad Street Smokehouse (Update:  now closed)mentions that Super Cellars will be moving from its current local across from Whole Foods to a new location at 33 Godwin, in what I would think is the old Palmero plumbing building.  That's a big spot, and I think it has parking.  Super Cellars is a decent wine store with some interesting beers as well.   It's a shame its moving from the "other" side of the tracks, though.  That side just gets no damned respek.

Speaking of the other side of the tracks, Starbucks has opened right there on Godwin, a coupla doors down from Silver Oak Bistro.  I don't care what you say, Starbucks has some good coffee.  I stop there just about every morning.  It's nice and convenient now that it's on the NYC-bound side of the tracks in the morning.  Even if you don't like their coffee, you have to admit they practically created the industry for that Starbucks-style pendant light that you find over kitchen islands all over America.  Not mine, however.

Looks like Gen Sushi and Hibachi has opened where that horrible upscale Chinese place used to live on East Ridgewood Ave.  I think there's one in Montvale as well.  It sure do look purdy, but I can't say I'm all that excited about it.  I bet the kids will love it, though.  Update:  More thoughts on Gen Sushi here (click).

What else is going on around Ridgewood.  Oh, well not really Ridgewood, but Biagio's on Paramus Rd seems to be almost done with that facelift of theirs.  I stopped in expecting to see a new and improved Biagio's (that wouldn't be hard -- OK, so I've never eaten there.  But I just kinda know these things, ya know?), and found the same sticky bar with the same i'll-get-to-you-when i'm done talking-to-the-regulars service that they used to have.  I waited 3 minutes and walked out.  I ended up at El Cid, which happens to have some decent sangria.  Nice and brandy-y.  Not too sweet either.

Updated: Troubling news from the field on China 46

Update:  Bill Pitcher, who, unlike me, actually reports and fact checks and stuff, apparently spoke with the owner of China 46, Cecil, as I suspected he might.  The restaurant has indeed closed for good.  Info here (click me, silly).  The good news is that everyone is apparently OK.  The bad news is that there's no more China 46.  I speak for plenty when I say I'm looking forward to Cecil's next venture, and I sure hope it's in NJ.

t:e correspondent and field reporter Jimmy:rocks went to China 46 last night (9/6/07) only to find the place closed, with no sign of a sign.  China 46, mind you, is generally open 365 days a year.  A few calls to the restaurant this morning went unanswered.

Let's selfishly hope for the best. 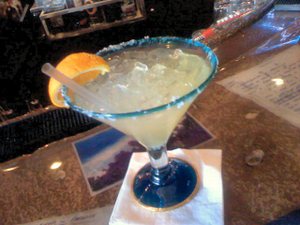