During a recent visit to Hoboken I decided to finally feed my urge (and take a walk down memory lane), and I stopped into Vito's at about 11 am for a sandwich.

The place has really changed.  It's a bit spruced up, though certainly not fancy.  There's a whole new generation of 20-somethings in line with their baseball caps and whatnot.  A couple of kids from Stevens Tech from up the hill there.  I felt old.  Really old.  One thing that remains the same is the stack of cans scungilli up by the counter.  I think they're actually the same cans.

The other thing that hasn't changed is sandwich.  Good stuff.  You might think that's is easy to make a great sandwich, and you'd be wrong.  If it were easy, every deli would do it.  No, it takes good ingredients, and balance.  Balance of salt, herb, bread-to-filling, texture, acidity.  Vito's has both good ingredients and balance, with its homemade mozzeralla, awesome chewy Italian bread, and the know-how to put together a great sandwich.   Hell the sandwich even looks good with a crappy iPhone camera. 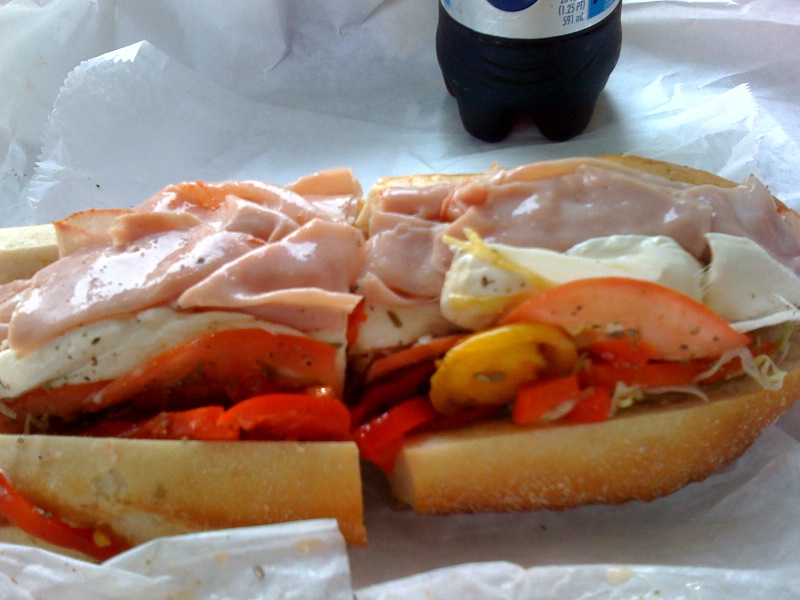