As usual the ovens were preheated for over an hour.  The stone was up to 650 by the time I slid the pizza in.

At 2.5 minutes in, I switched to the other oven, which had the broiler going, to finish the pie in about 3 minutes and 20. 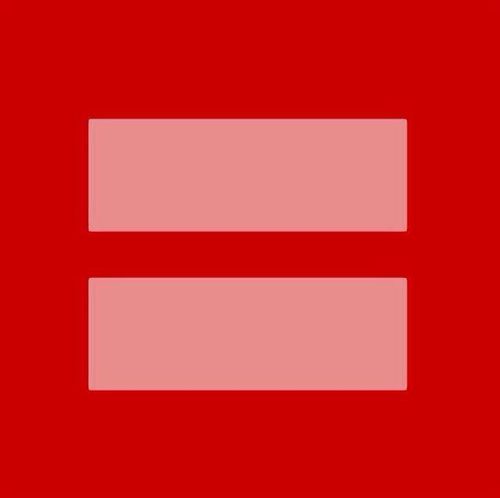 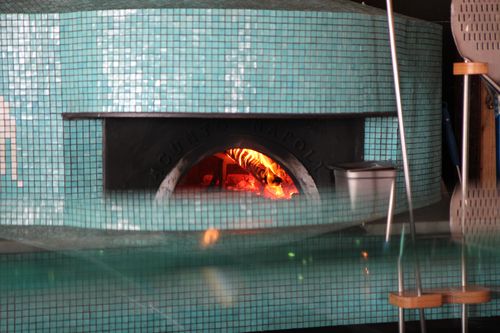 Update 12/13: It has been confirmed that the Porta people are opening in Newark as The Monk Room, as well as at 135 Newark Ave in Jersey City. Here are some thoughts on a visit to The Monk Room (click me). Now back to the original post about the Asbury Park location.

Porta intrigued me from the first time I saw the spray painted sign announcing its opening.  Odd indeed, I thought.

Over the course of the next few months, the word was getting out: Porta is making some very good Neapolitan style pizza (and, apparently, incredible octopus).  I found this to be the case during my few visits. 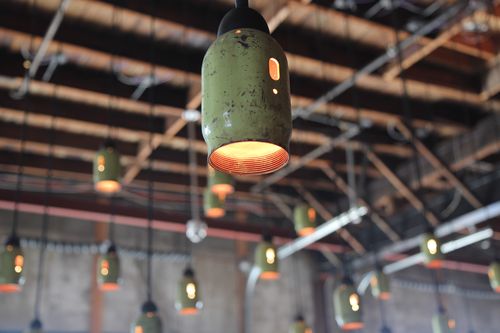 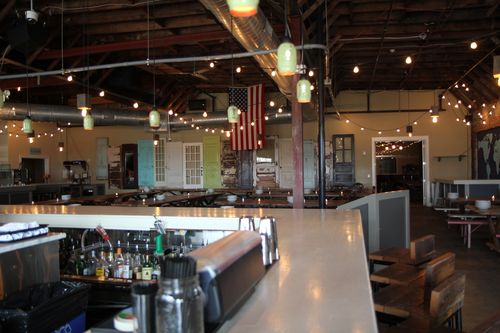 It's a funky place, in a warehouse looking space, decorated with some doors (porta, in Italian), with picnic table communal seating (tables made from reclaimed wood from the building, I'm told). Concrete floors, exposed HVAC and ceiling joists.  My kind of minimalist thing overall. 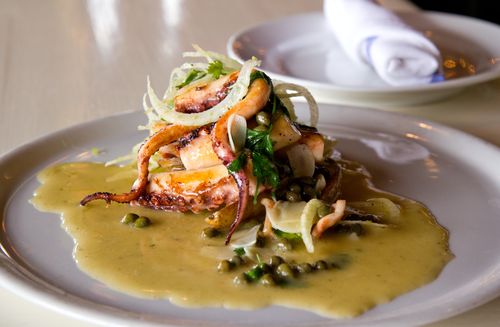 First the octopus. Rarely does anything live up to the accolades that you read on the internet. Let's face it, most people are idiots. Most people don't have very much experience with food to know good from bad, interesting from boring, exceptional from commonplace. But those idiots who gushed about the octopus were right (no offense intended, idiots).

Update: Roots in Ridgewood has opened, per the Booziest of all the Burbs.

Update: Roots is claiming that it will open around June 9 (click me).

The Ridgewood/Glen Rock Patch reports that the Harvest Restaurant Group is opening a third Roots Steakhouse (turn down your sound, the website is annoying), this time in Ridgewood in the old Blend spot.

I visited Roots in Summit a few years back (my gosh, it was over 6 years ago!) and wasn't really blown away, and took exception to the pricy wine list and the lack of disclosure on which cuts are actually USDA Prime and which aren't.

Some comments on the Patch's piece on the internet are in the vein of "finally, a steakhouse [in Ridgewood]."  I'm not sure if these folks are aware that Park West Tavern (turn down your sound, the website is really annoying), right around the corner, has several serviceable steaks on the menu, and a more interesting menu overall.

It's pointless to predict if they're going to be successful, but that won't stop me.

I'm somewhat skeptical of having a restaurant of that size (assuming they take the whole space) serving food at that price-point in the quaint little village of Ridgewood. No doubt they are going to need support from a whole lot of diners from outside of the immediate area, as Ridgewood just doesn't seem to have the volume of diners who are going out to eat that often at places like Roots, or even Park West Tavern.

There's little doubt that they will be poaching diners from Park West Tavern, which has enjoyed a very good run, so things could get interesting.  Park West Tavern filled a void in Ridgewood, and the townsfolk reacted enthusiastically.  Perhaps Roots will fill some void that I'm not aware of.  But if Roots doesn't come with a decent cocktail program, and some reasonably priced wines, I don't think you'll find me at their bar very often.

I hope they can make a liar out of me.  Although I'm sure not going to bother if they have a dress code as they do at their other restaurants. 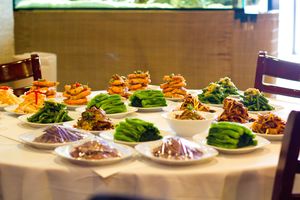 Representatives from the tommy:eats organization, including the editor-in-chief, the publisher, the VP of sales, the COO, and the CEO, had another fantastic meal at Chengdu 23 in Wayne this weekend.  The editor-at-large and the Bergen County consulting editor were also present (titles make me feel good).

As I've noted several times on this blog, Chengdu 23 is serving authentic Sichuan food, as good as you'll find in NYC.  You can certainly go here and foolishly order the Americanized Chinese food, and it's certainly better here than it is at 99.999999% of the Chinese restaurants out there, but the real magic happens with their more authentic offerings. 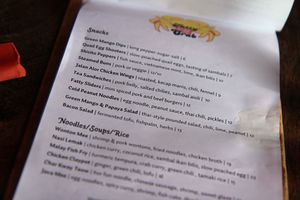 A favorite hobby of mine is waking up on a weekend and hopping into the city for lunch. This is a way better hobby than getting up and, say, working out.  Unfortunately, the prejudices of others conspire to keep us away from lunch menus on weekends.  See, for some reason, on weekends, restaurants feel the need to abandon the food that makes them successful, the food which is the manifestation of the chef's vision, the food that makes them stand apart from their competitors, the food that people rave about on blogs, and instead of making that food, they're making freakin' pancakes and eggs and yogurt with granola.  Oh, and they mix sparkling wine and orange juice.

This clearly drives me up a wall, and makes our weekend dining decisions that much more complex and time-intensive.

Thankfully there are a few (well, thousands probably) restaurants that will serve decent, non-brunch food in NYC, including Blue Smoke, North End Grill (both being Danny Meyer restaurants...I guess he knows what he's doing), and as we found out last weekend, Fatty Crab.

I've been obsessed with this show since I stumbled upon it a few years back was an internet-only deal.  Thankfully Palladia has picked it up on cable, bringing it to your HD TV with ease.

For you youngins, Daryl Hall is a singer-songwriter who has been around for quite some time, who was blessed with an enormous career in the 70s and early 80s.  Enormous hits.  By any measure, he's a fantastic songwriter and singer.  This series illustrates this theory.

Those of you who have stumbled upon this blog in the past may notice a new layout (if not you may have to force a refresh).

In the 7 years since I launched this mess, there have been maybe 2 changes to the look.  Minor changes at that.  As I've gotten a bit wider in that time, I decided that t:e should get a bit wider as well, taking up more real estate in your browser window. Some of the old posts may look a little wonky, and the very old posts even more so. But going forward it should stabilize into something not-very-painful to read, aside from the actual content of course.

Hopefully it looks better, but feel free to throw stones, call me names, and tell me what's wrong.  A special "thank you" to iamnotachef.com, for his critique during this 20 minute redesign.

Food-related: I would guess that I've consumed about 10 million calories over those 7 years (burning much less).  With this blog seeing about 1.2 million page views during that time, that works out to about 8.3 calories per page load. Now there's a statistic for you to chew on.