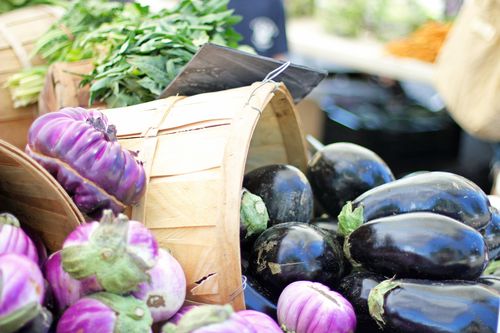 We're right in the thick of farmers' market season here in New Jersey.

You can find your local markets on the Jersey Fresh site, by clicking here.

The Hawthorne market has some good produce and other goodies.  Worth a trip.

I tend to find myself at Ridgewood's market, to get some not terribly farmy items: fresh mozzarella, bread, and sundried tomatoes.  And then I put it on a sandwich with a splash of balsamic vinegar, EVOO, and a chiffonade of basil. Protip: Do yourself and everyone else a favor, and park in the northbound parking lot of the train station, and walk under via the tunnel. The extra couple of steps will do you good.

Lunch tastes as though it was picked from Jersey's fertile soil this morning: 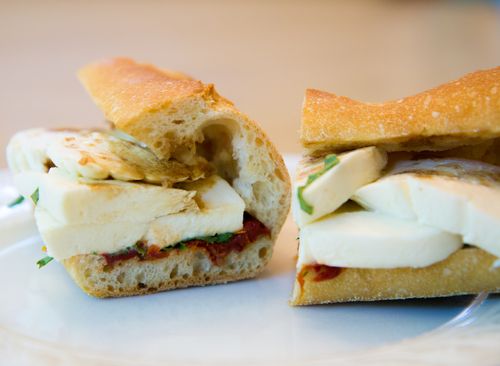 And now for some things that grow: 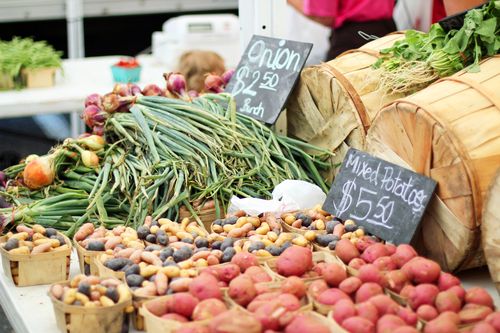 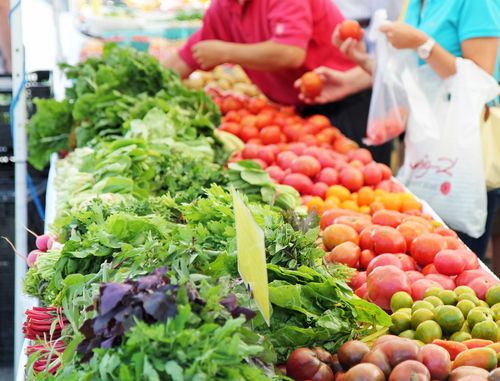 Tenafly (I've been advised that the Tenafly market is no more!) 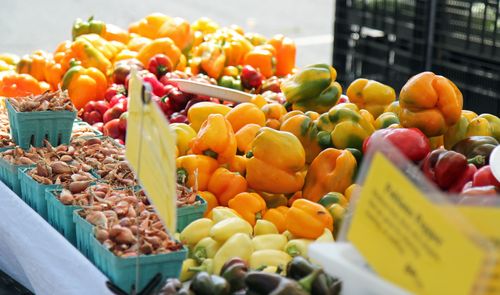 Tenafly
(I've been advised that the Tenafly market is no more!) 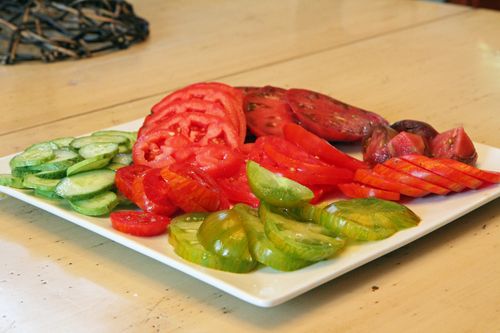 Tomatoes from Tenafly for lunch 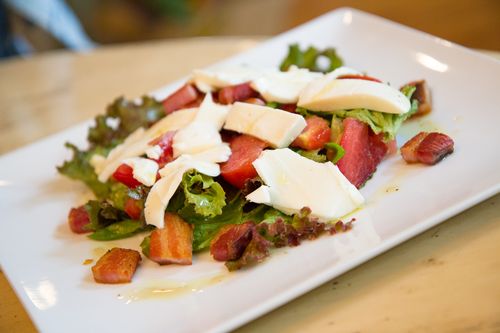 BLT and mutz salad with stuff from Hawthorne. Homemade B, of course. 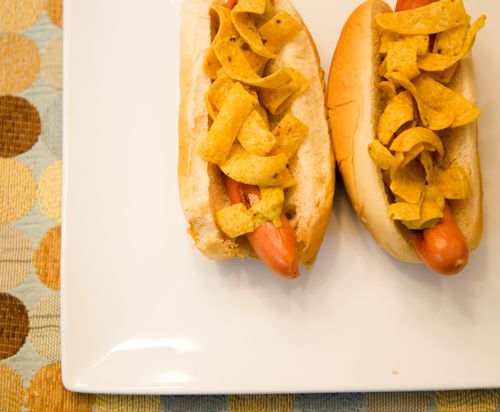 I can't say for sure, but I'm relatively confident that I invented the Frito Dog.

This stroke of brilliance came to me at some point in the 80s, at Doug's Arcade in Point Pleasant, NJ, where I'd often find myself eating lunch, alone, friendless. IIRC, the "Hot dog special" at Doug's included one hot dog, deep fried, just as they should be, a bag of chips, and a soda, all for the princely sum of about $1.50. Oh, and they gave you a quarter back to play a game. I generally went for Q*bert, as I could play forever on one quarter. This was perfectly acceptable and delicious meal for an 8th grader.

At some point I decided to put some of my Fritos on the hot dog, because why the hell not. I sure as shit had nothing else going on. And it was excellent.

I didn't know then, but once I came to learn of the existence of something called a "corn dog," I could see that this flavor combination was something that had been explored at county fairs for some time. And for good reason: it works. Really well.

Now I see that the idea of chips on sandwiches and whatnot has exploded in the mainstream, outside of the walls of Doug's. Bobby Flay puts chips on his burgers (we used to put them on baloney sandwiches). Taco Bell is doing some sort of nonsense with Doritos. Sonic has some sort of chili cheese Frito dog. But this all came well after I invented the Frito Dog.

Now that you know who invented it, let's see how to make the original Frito Dog: 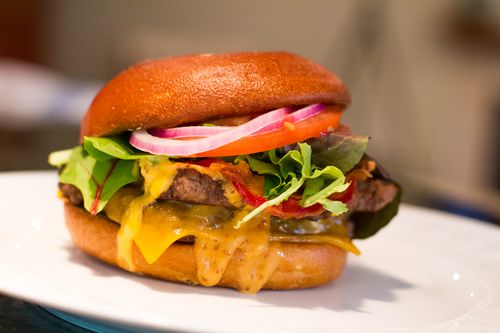 I can't recall where I had my first pretzel bun burger, and I sure as hell haven't had many. But I do recall having one at the long-closed Shades of Hoboken, in Hoboken, in what I have to assume was about 2006. That one sandwiched a thoroughly unexceptional "kobe" burger...another marketing-based trend that needs to die yesterday. It wasn't very good. That's 7 years before Wendy's caught on. And when Wendy's picks up on a culinary trend, it's a good indication the concept has run its course.

There are several flaws with the new Wendy's pretzel bacon cheeseburger, not least of all being the pretzel bun, which is complete with an artificial looking split top.

Wendy's does have a reasonable fast food burger in their run-of-the-mill double cheeseburger with the standard issue bun. It's actually a go-to fast food sandwich for me (believe it or not, people who are somewhat worldly and enjoy the finer things can actually enjoy fast food every now and again, perhaps a little too often in some cases, and even when sober).

If you're feeling like a Wendy's fix, stick with the double cheeseburger, and skip this travesty. I can hope the inevitable failure of this sandwich will put the final nail in the pretzel bun coffin, but I fear this craze is just starting to get traction. Has someone done a Cronut burger yet? 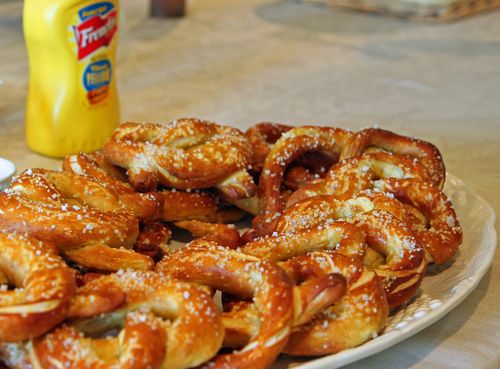 Properly made homemade pretzels, eaten with mustard, loaded with salt, as they should be. 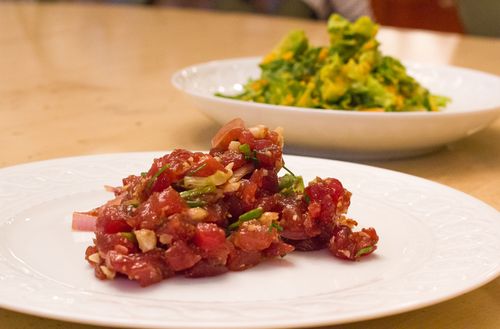 Regretfully, there was a time when I didn't know poke existed. That time is defined by my birth up through a trip to Hawaii a few years back. I'm not sure how I missed this fantastic dish through all of those years, but I did, and that's shameful.

Poke (sounds like Hokey Pokey) is a Hawaiian dish consisting of raw fish and any number of other items, with a flavor profile generally leaning toward the Chinese/Japanese end of the very diverse Hawaiian food spectrum (soy sauce, sesame oil, seaweed). Some places will even serve poke with lightly seared fish. Seafood Bar & Grill, I'm looking at you.

My preference is raw fish, chopped into smallish cubes, and mixed with just a few ingredients, including: Update: Biagio's Facebook Page notes that they are closed.

A t:e reader recently asked for some Red Bank recs, which led me to some googling, which led me to the realization that there's a restaurant making Neapolitan-style pizza. Biagio. It went on the list immediately. 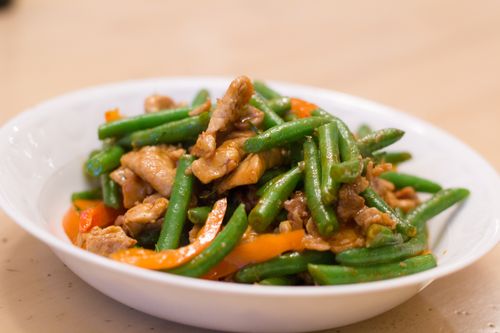 I can't get enough of Prik Khing curry lately. First was the shrimp prik khing, and the next day I moved into pork.

There wasn't much exceptional about the preparation of this dish when compared to the shrimp dish, other than the fact that I used regular green beans (instead of Chinese long bean), and pork instead of shrimp.

But rather than buying bland, dry, boring pork chops, I picked up country style ribs.

There's a lot of confusion on this cut, with some people claiming they are sliced out of the shoulder. But that's not the case. These are cut from the loin, toward the butt end. The package will likely say "loin," specifying that they're not coming from the shoulder.

I sliced the pork ribs into thin strips (after putting them in the freezer to firm up), and then figured I'd add a little cornstarch and fish sauce for a quick marinade. I'm not sure if Thai cooking ever involves his step, but I figured it couldn't hurt.

The pork was cooked first in some oil, as I was hoping to get a little texture on the slices, and then the rest of the 3 minute process kicked off:

Hanger steak: should be square, not flat 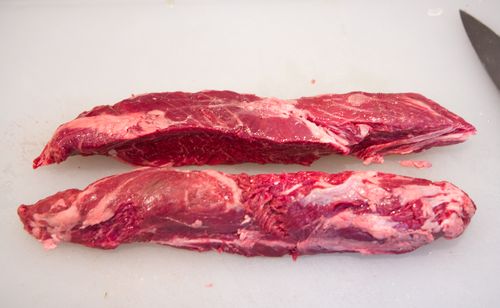 For a very, very long time, I've wondered how the heck it is that restaurants always have those hanger steaks that are thick, long, squarish deals, whereas what I see at the stores are a flat, thin, pieces of meat.

Not much thought went into this, until the fella over at iamnotachef.com brought it up, in reference to the quite good hanger steak salad at Park West Tavern, whose bar has been ground zero for much spirited discussion on important topics like meat and music and politics and my dislike of sports. And whose website definitely needs to lose the autoplay. I'm all for the Clash, but only if I want to hear The Clash.

The hanger steak at Park West Tavern is indeed that thick, squarish shape. iamnotachef attempted to explain to me that this is because the hanger steaks we generally see at the market have actually been butterflied, and PWT does not butterfly theirs. Unfortunately, this exchange was over email, and the word "butterflied" was never uttered during the discussion. His attempt to explain this to me went on for some time, until he finally sent me a link to this video, which cleared it up.  Oh, now I see. What I want is non-butterflied hanger steaks.

Continue reading "Hanger steak: should be square, not flat" » 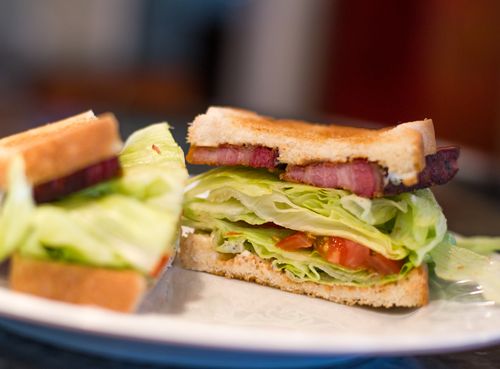 It's true, this was the best BLT

Is this the best BLT or what.

Of course it is you fools: it's made with homemade bacon: 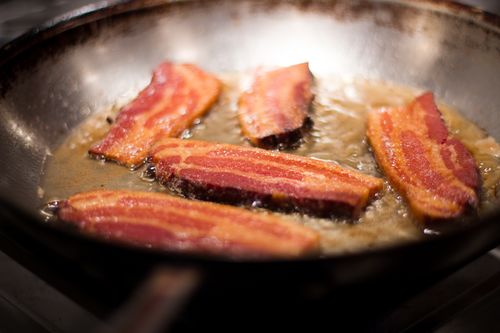 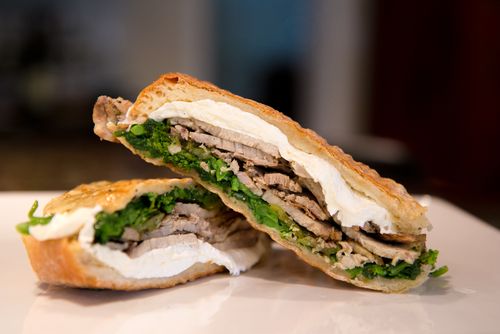 One of my 10s of readers recently initiated the following exchange:

Reader #18: went to La Bottega. Their Paninis are very good and they have gluten free bread thats decent

but from 11-2 on Sundays I couldnt get a roast pork, broccoli rabe and mozz one

had to be friggin brunch food

t:e: That sounds like a good sandwich. Any idea how their regular bread is?

Reader #18: Im sure its good. Some Brooklyn bakery every day

they have different kinds

Reader #18: its under the paninis they have 8 different pork ones...

they're not chinsy with the portions either

t:e: Ugh. How did I miss that. Ok I need to try this joint for lunch.

Either I was really, really hungry, or, Reader #18 turned me on to something very, very tasty. Roasted pork, mozzarella, broccoli rabe, and grilled hot peppers, on a round roll, heated in a panini press. Very little bread, and a very well-balanced sandwich.  While I've been dismissing La Bottega for a while, I will concede that this is an exceptional sandwich.

I haven't been too sure of what to make about the place. Is it a sandwich/salad place? They sure do have a lot of that type of stuff on that enormous menu. Is this a place to consider for dinner? I wouldn't think so, but then I read that they have pretty damned good food. If you look closely at the menu, you'll see a proper appetizer/entree type menu tucked into the enormous sandwich/salad menu.

It's all a bit much to take in, so for now I'll just keep on hitting these pork panini. 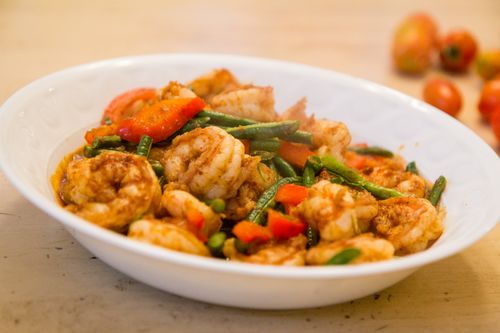 File under: absurdly simple and quick. 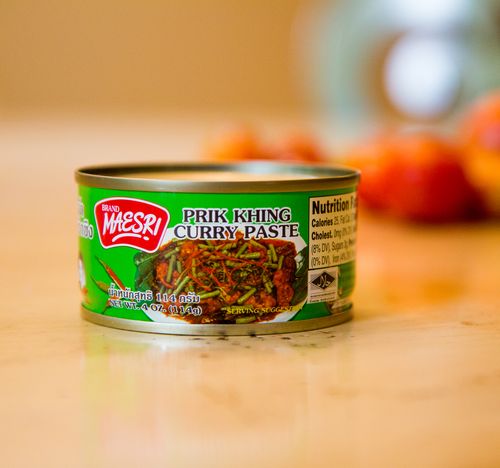 Thankfully, someone has already cooked 90% of this dish for you, in the form of the little tin of Prik Khing curry paste. I'm relatively certain that most Thai restaurants use the same exact stuff.

You can find these little tins or tubs at any number of Asian markets, and of course on Amazon.com. Mae Ploy and Maesri are the brands that I've been using for longer than I care to admit. Here in New Jersey, you can try these sources for your ingredients: 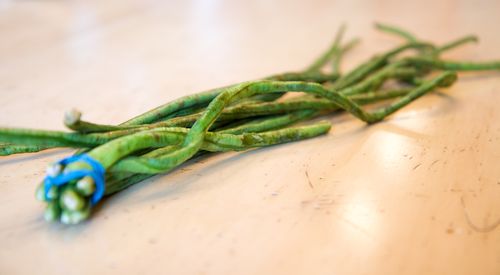 You can google for some recipes, but there really isn't a recipe. It's just a matter of cooking the stuff: