Everyone loves a list. Especially when it contains pictures and brief, vague descriptions of food that someone else ate over the course of a year. Someone you don't even know. I mean come on. That's about as bad as suffering through a slide show of a coworker's vacation. But that won't stop me.

This is a list of the most memorable and exceptional dishes that my body processed into p**p during 2014. 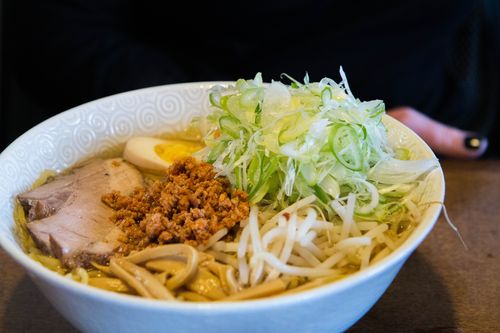 I have to think this was my first “real” ramen experience. I guess I've had ramen in the past, but never gave it the serious consideration that it deserves. Ramen Sora changed my opinion on ramen, and got me thinking about it, a lot. Ramen just may be the perfect dish. Those gyoza were no slouches either. 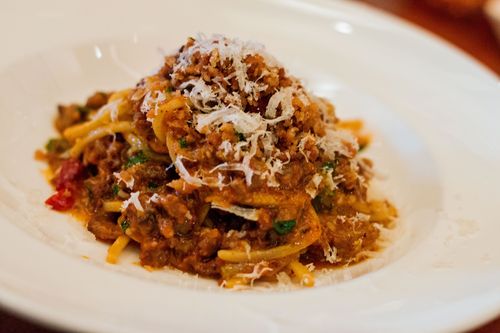 I've been a big fan of Chef Steve Santoro since the late 90s, when he was producing fantastic and exciting food at the long-gone Dish in Passaic, NJ. He left Dish, and disappeared from New Jersey, for a good amount of time. I figured he'd never return. Recently, he did return to open the awkwardly-named Local Seasonal Kitchen. And once again he's producing fantastic and exciting food. At first bite I knew this dish would be on some sort of “best” list. And whaddayaknow, I was right. Clean clean flavors of spice, meat, and heat. Awwwww, yeah. 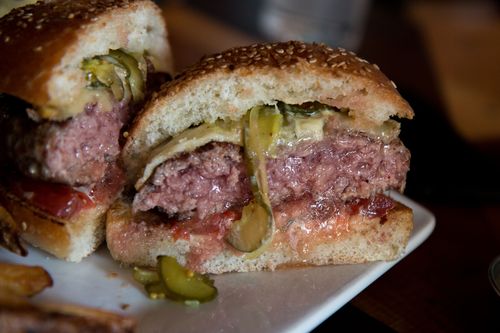 I'm still thinking about this burger. It remains one of the best burgers that I've had. Anywhere. DB Bistro Moderne, The Spotted Pig, Blue Smoke, Minetta Tavern, J.G. Melon. All of them take a backseat to this burger. Cooked to a juicy medium rare, an appropriate and delicious bun, house-made pickles, great melted cheese. The execution was flawless, and the burger simply outstanding. I hate this picture because it mocks me. It sits there, and mocks me, as I cannot eat it right now. Everything about this dish screams 1990s. The fish itself, the potato wrapped shrimp, the vaguely Asian preparation. But maybe the 90s weren't so bad after all? That potato wrapped shrimp, which I assumed would be a throw-away garnish, was excellent in its own right. Maybe nostalgia plays into it, but this dish is really fun. And visually appealing. Chef Ciszak is doing some very good work at Chakra. You and I should be going there more often than we do. 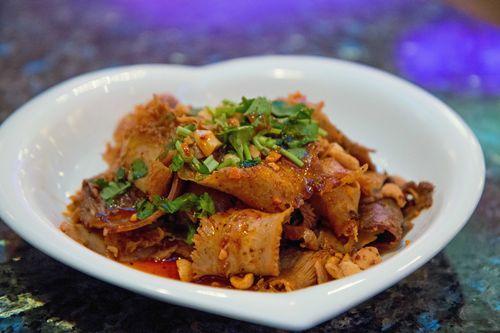 A newcomer to the North Jersey Sichuan scene in 2014, and Joyce is bringing the goods. Their version of ox tongue and tripe is a good a version as I've had anywhere, with the added bonus of being slightly better for some reason I cannot explain. A great restaurant overall. 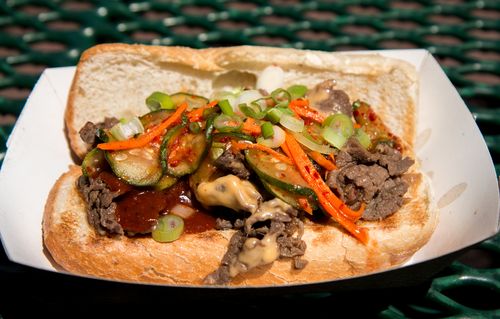 That Kimchi fella is apparently known for his brisket, but don't let this sandwich slip through your paws. Bulgogi, pickled vegetables, scallions, processed American cheese, BBQ sauce, on a perfect hero roll. This thing is silly-good. Next time, I'll make sure a get a cold beer from neighboring vendor, which would just go so very, very perfectly. 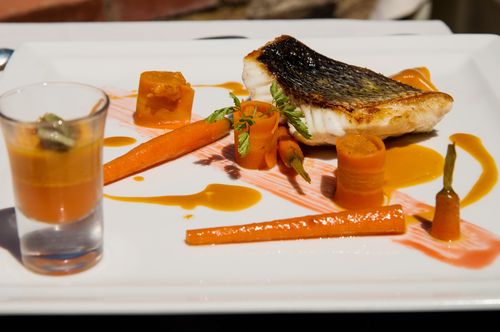 We had fun listening to the server describe this multi-component dish for 10 minutes, each of which had carrots incorporated some how some way. “Blah blah wis a puree of carrots, blah blah scented wis, ehhh, carrots, the feesh is blah blah wis carrots, a small glass of juice, made wis, ehhhh, carrots.” He wrapped up his explanation in his best possible English, sounding exhausted from saying “carrots” so many times, with “it's just a lot of carrots.” It's a good thing we like carrots. And sichuan peppercorn, which, to our surprise, made its way into one of the components.

The dish was a work of art. The view, sitting at Le Relais Des Trois Mas, overlooking the bay at Collioure, topless sunbathers and all, was glorious. This restaurant was very, very good. And every one of those carrots was perfect. I should also note that the hotel is just lovely as well. 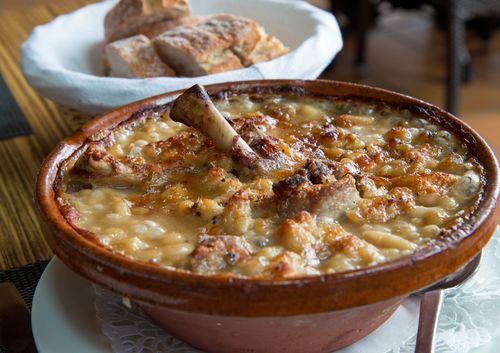 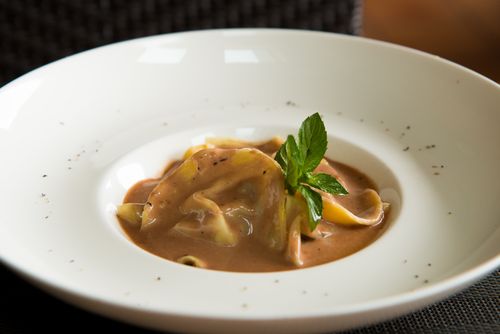 If you find yourself tooling around the Pyrenees, exploring ancient Cathar castles, and why wouldn't you, you'd do well to stop in the small commune of Cucugnan, nestled in the shadow of Chateau de Queribus. There didn't seem to be a whole lot going on in this tiny, tiny place, but Auberge du Vigneron is well worth a stop. Or even a detour. Especially if treacherous mountain roads lacking safety rails are your thing.

It seems unfair to include two dishes from a single restaurant, especially when I couldn't figure out what made one of them so good, but I will anyway.

Not sure what the sauce on the ravioli was, but it was ethereal. Each of those ravioli was filled with a different meat product, including foie gras IIRC.

As for the cassoulet, well, what can I tell you. It was probably in the top 5 dishes of the year. Filled with various sausages and duck confit, this dish could have, and may have, warmed the stomachs of a Cathar slaughtering army. Hints of genocide never tasted so good. 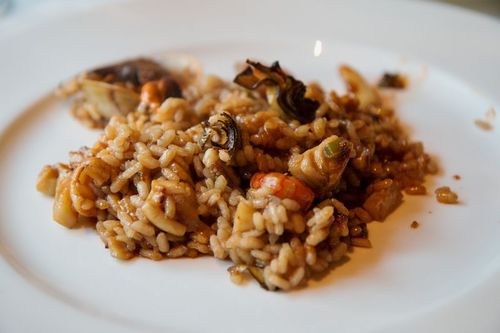 It wasn't the only paella we ate in Catalonia, but it was first, and it confirmed my suspicions that what passes for paella in my part of the word is simply absolute crap. As I said here, “Every bite revealed a little piece of tender seafood or vegetable. Stuff I didn't recognize. I'm having a hard time thinking about this dish at this moment, because it was so outstanding, and I'm so hungry right now, and I know it will be some time until I have anything remotely as good as this. I don't know what else to say other than it was a revelation.” 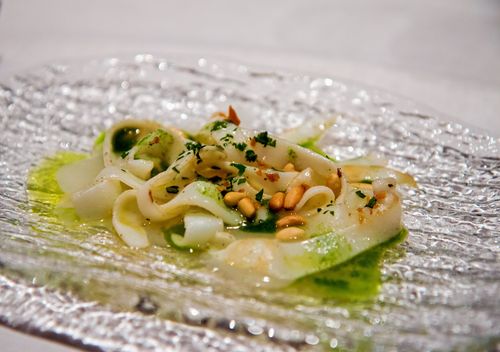 Gelonch wasn't the only place where we had seppia that was sliced into pasta-like ribbons during a trip to Barcelona, but it was my favorite. Linguini's got nothing on seppia. If anyone knows where to get a seppia ribbon-maker, or seppia for that matter, do let me know. 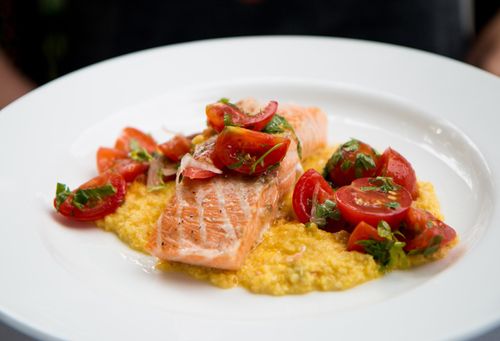 I rarely order salmon, because typical Atlantic salmon is largely unexceptional. Wild Pacific salmon in season, of course, is an entirely different beast, and should be ordered whenever it's available. The slow-roasted salmon with corn pudding at Woodstock's Cucina, however, made me rethink everything I thought I knew. 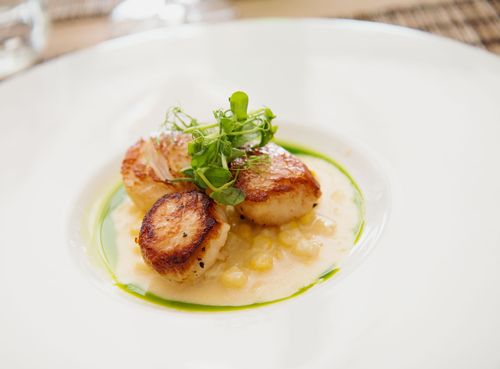 Chef Bryan Gregg has continued to impress the hell out of me in 2014. His commitment to seasonal, pristine ingredients squares nicely with the way I like to eat. One brunch at Escape included three scallops over corn. I believe this dish captured the essence of Escape Montclair. Simple, pure, perfect. A proper brunch, indeed. 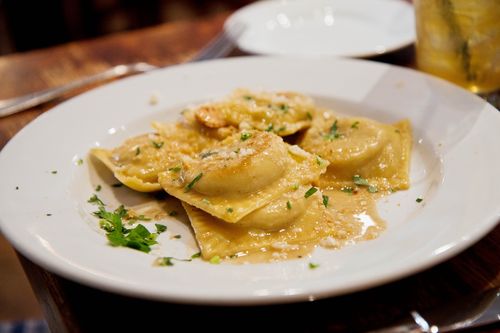 The Cookery has really impressed me with some dishes, while others have landed a bit flat. The cauliflower ravioli was one that impressed. Brown butter, of course. A new Shanghainese restaurant in New Jersey, brought to you by the folks who run the excellent Chengdu 23 in Wayne. Maybe it was due to the fact taht I hadn't had this dish in close to 6 years, but diving into the Lion's Head meatballs were like nuzzling into the soft bosom of an old lover. Or something like that. 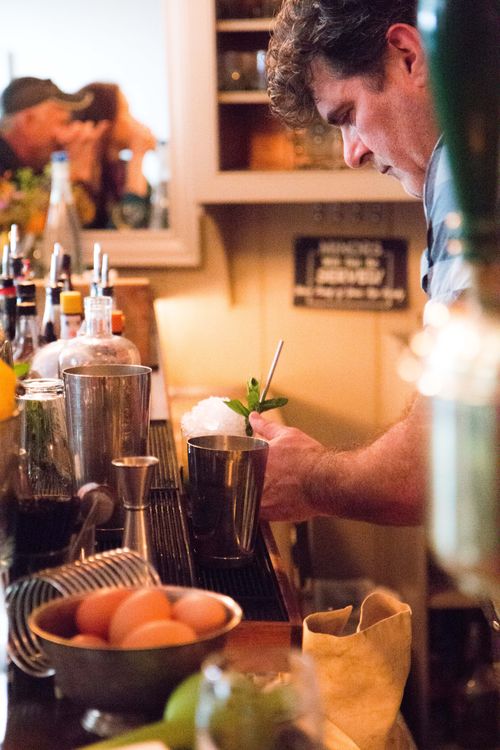 Stockade Tavern is a world-class cocktail bar run by a super nice husband and wife team. Every cocktail I had during various visits was interesting, mostly new-to-me, and eye-opening. There's a lot of craftsmanship here. No messing about. They've got ingredients that I've not so much as heard of, which is not easy to pull off. This is a great experience, and not to be missed. I cannot envision a time when I'll be near Kingston and not make time to spend an hour or two at Stockade Tavern. 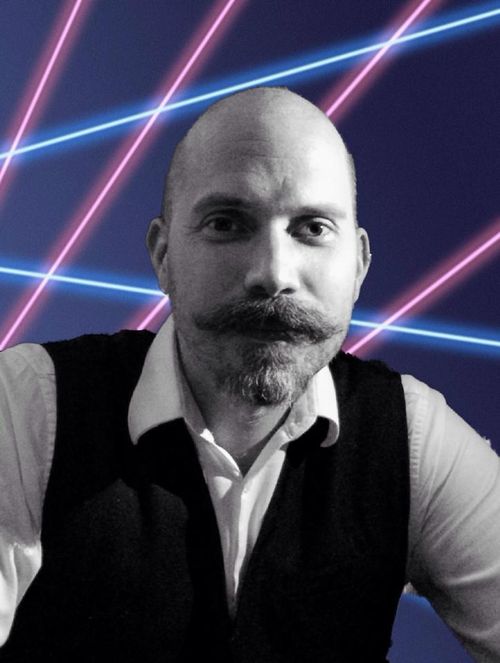 Andrew at Park West Tavern continues to grow and push the envelope with his cocktails. I rarely order anything specific here, and given my status as a semi-regular irregular, he generally has time to surprise me.  Just recently I had a new concoction. My comment after the first few sips was the somewhat absurd “this tastes like Christmas.” "That's what I was going for," he replied. Impressive. 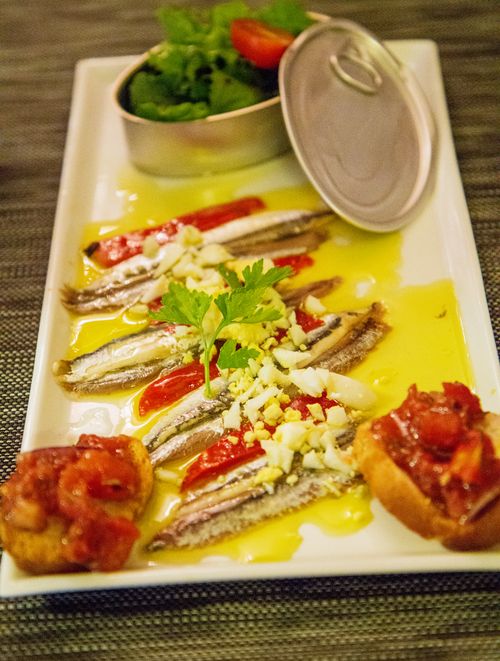 Collioure is known for anchovies. It has been argued that the world's best anchovies come from the waters here. Who am I to argue? I didn't even think I liked anchovies until eating them during almost every meal during a visit to this colorful, beautiful coastal town in the south of France. Before I left, I was a convert. Anchovies are magical.

Casa Leon is a lovely little restaurant serving pristine seafood, local wine, and, thankfully, anchovies. This plate of anchovies stood out, and went quite well with the bottle of Collioure rosé. Seek out Collioure AOC wines. You may be quite pleased. 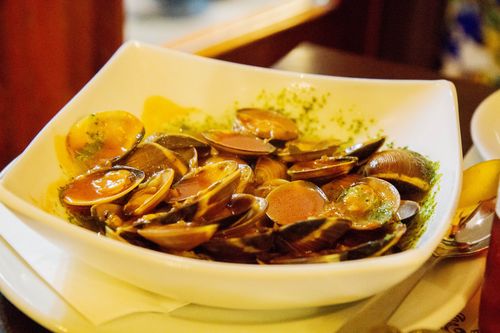 Clams aren't generally my thing, but the big bowl of sweet, tender, briny clams at Los Tereros in Barcelona filled me with joy, and reinforced my understanding of simple Catalan cooking. Los Toreros is a quaint, not-very-touristy Barcelona gem. 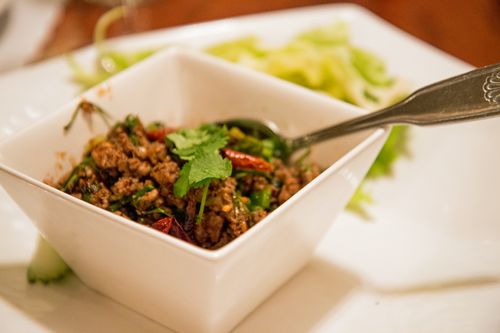 I haven't missed an opporunity to visit Lotus of Siam since my first visit in 2002 or so. When we returned this year, we were surprised to see the place has more than doubled in size. And it is more popular than ever. So much for a little hidden secret.

The selection of German wines remains impressive (and those wines go perfectly with the spicy Thai food), and the Northern-style larb remains delicious. And powerful. This dish is much different than the typical larb you'll find on most Thai menus. It's a deep, dark, rich, masculine affair, probably made with some liver and blood, and doesn't include the acidic bit that its cousin does. And boy oh boy, is it spicy. If you go to Lotus of Siam, consider their separate Northern-style menu, which is filled with rare and exciting treats. 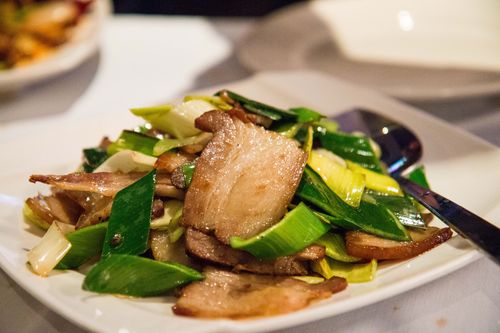 A version of this dish can be found at most Sichuan restaurants, but I recall really, really enjoying the dish at Lan Sheng. Slightly smoky, a bit salty, pure and porky. Lan Sheng's liquor license will likely keep me from ever returning, but if I do, I'll order this dish again. 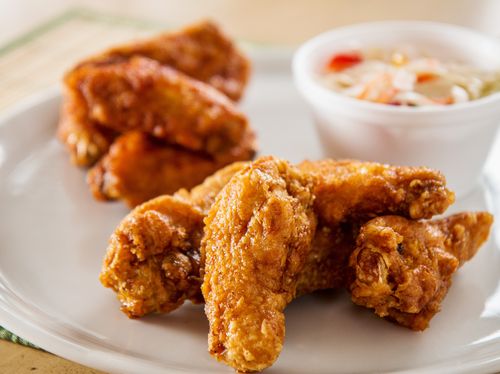 2014 marked the start of a more serious exploration of Korean food at the t:e organization. While one might foolishly dismiss fried chicken wings as being nothing more than a snack, Korean fried chicken is certainly one of Korea's greatest gifts to our collective food culture. Move over, southern states. 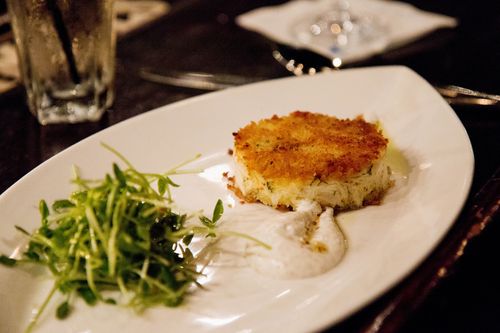 Two dishes on this list from Chakra, a restaurant to which I really haven't given much consideration over the years? I'm more surprised than you. There's not denying the crab cake at Chakra is the tops.  The dish is perfect, right down to the lightly dressed snow pea shoots. There's a bit too much vodka on their cocktail menu, though. 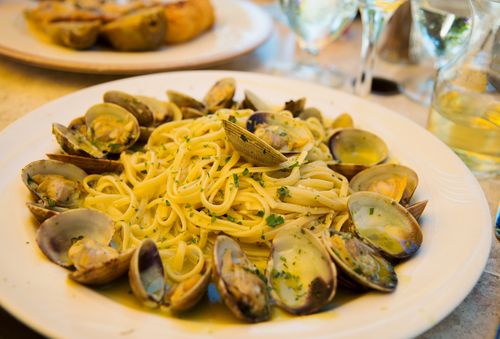 It's not easy finding a decent plate of pasta with clams in the North Jersey area. It's really not. All of those Italian-American restaurants really don't do a very good job.  Most versions suffer from any number of flaws. But not the dish at Confetti. It should be the standard to which all other restaurants aspire. Beautifully and functionally plated, as well. 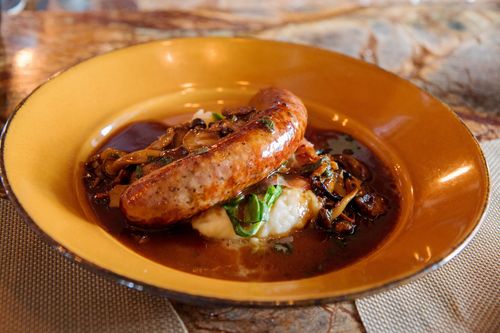 As I've noted, several times, Mill House Brewing Company has really impressed me. Elevated pub grub, great cocktails, excellent staff, a beautiful room. Every town needs a Mill House Brewing Company.  The house-made sausage made an appearance on my plate on our most recent visit. Juicy, flavorful, cooked just north of that's-too-raw, and a great version of bangers and mash. 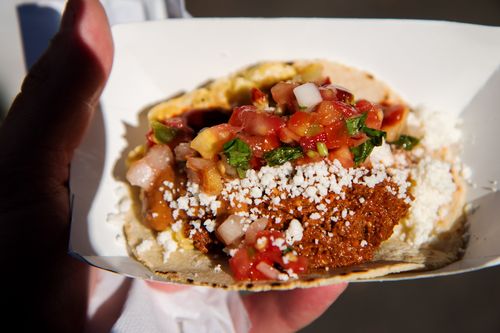 So there you have it. I'm sorry I put you through that. I hope this helps someone, somewhere, at some point.

tommy:eats is a freelance food writer, photographer and curmudgeon, based in North Jersey. When not making lists he can usually be found putting together slide shows of his trips.