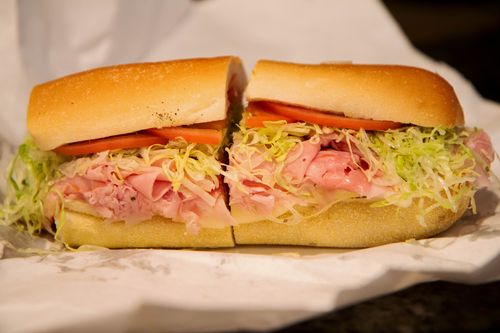 Bogie's Hoagies has been quietly sitting in a nondescript strip of stores on Lafayette Ave in Hawthorne for some years now. I've driven past the place countless times, never thinking the sub shop behind the door could be anything other than mediocre. I have recently come to learn that this couldn't be further from the reality. I sure do love being wrong.

Bogie's Hoagies, to break it down for you, is simply the best sub shop for miles, and certainly one of the best sub shops that I've ever visited. There's so much that they are doing right that it's a bit mind-boggling.

The place is essentially a sandwich shop, but it's run like a restaurant. The owner, who has owned and run full-service restaurants in the past, has been present every time I visit. He wears crisp, clean Chef's whites, and seems to be very much engaged in the operation. 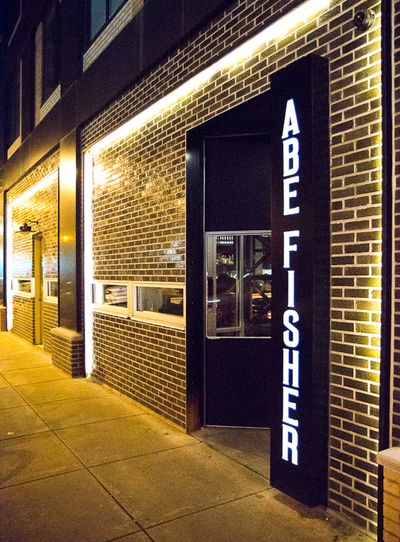 It's a rare occurrence that every single aspect of a restaurant and every element of our experience resonates deeply with me. I'm here to tell you that Abe Fisher, in the Rittenhouse Square area of Philly, presented one of those occurrences.

Somehow this restaurant, which serves food "inspired by the cuisine of the Jewish diaspora," didn't come up during our pre-Philly-trip planning. Had it not been for a morning walk to Dunkin' Donuts (the missus likes the iced tea there, what can I tell you), we would have totally missed out on Abe Fisher. She noticed the restaurant during that walk, and from the street saw kitchen staff hard at work, early in the morning. After some quick research, we knew we had to give this place a shot.

The extent of my experience with Jewish food pretty much starts and ends at pastrami on rye. I haven't enjoyed much else. Lox on bagels? Not my thing. Smoky fish? Nope. Why? I have no idea. But I've never warmed up to the cuisine. And, I'm not a big fan of dill.

Everything I wrote in the above paragraph, I'm happy to report, can now be retired, and shoved into the ignorant pit of despair that is my past. I feel reborn, thanks to Abe Fisher.

We arrived about 45 minutes early for our reservation, hoping there would be some room at the bar (at which there are about 10 stools). No luck. After mentioning to the hostess that we were hoping for a bar spot, but would come back at our scheduled reservation time, she cheerfully suggested that she could text me when the bartender drops the next check. Right through OpenTable, apparently. Off we went for a quick drink down the block. After a quick 15 minutes we got the text that the bar had opened up a bit, at which point we broke into somewhat of a jog back to the restaurant. I was intent on not losing this bar spot.

With two bar stools secured (and secured, to the floor, which I like), we got to it. The bartender was super friendly, offered the menu (which contains everything), said she'd answer any questions, asked if we wanted still or sparkling water (house-made) and presented a carafe of our choice, and asked what we wanted to drink. We were immediately feeling comfortable and well-taken care of. This is how all transactions should start. 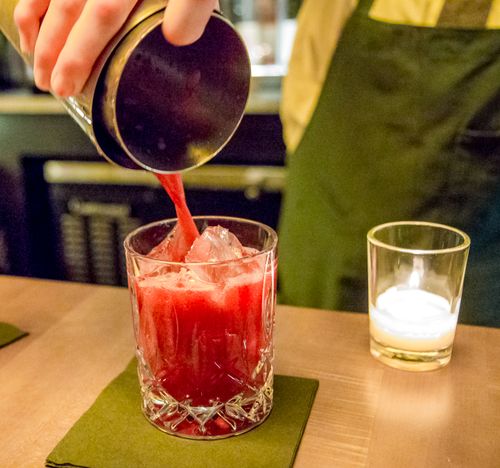 Let's talk about cocktails. First, they're all 12 bucks. Nice and easy. Second, the list had only a single vodka-based cocktail. So, right away, I was pleased. The rest of the concoctions relied on interesting spirits. You know, like rum and tequila and rye and bourbon and Scotch. Scotch. You don't see many Scotch cocktails, and I like Scotch about as much as I thought I liked Jewish food.  Well, at least that's what I thought.

Posted at 11:27 AM in Cocktails, Just over the Jersey border, Philadelphia, Travel | Permalink | Comments (6)