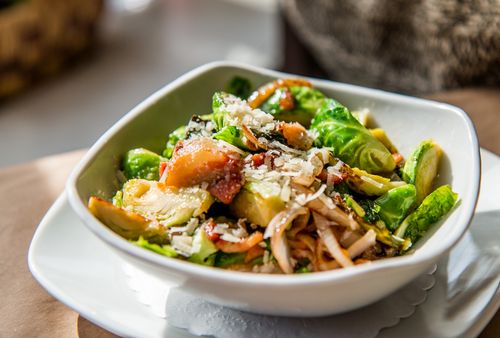 It's a rare thing for me to spend more time going over the beer and wine lists than going over the food menu. That's what we found ourselves doing for the first ten minutes at Craft House, the new "gastropub" in Suffern, NY. With glee. 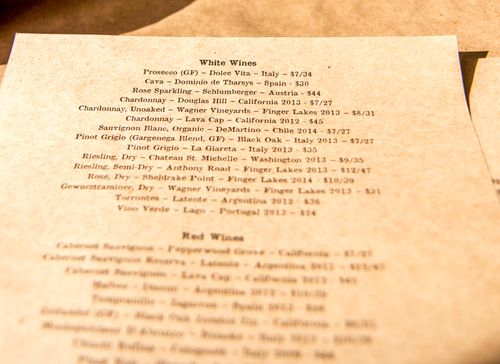 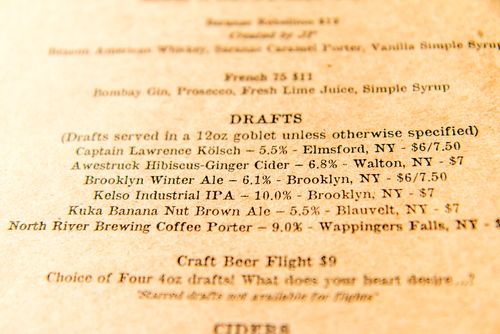 The wine and beer list immediately grabbed our attention. In my part of the world, cookie-cutter wine lists are the norm. Craft House's wine list is anything but cookie-cutter. In keeping with Craft House's "local" ethos, many of the wines are from New York State (mostly the Finger Lakes region). Also represented are Austria, Spain, and Portugal. Thank you, person who put together this list.

The beers? Local as well. In fact all of the draft offerings were from New York State. Knowing little about beer, I saw this as a perfect opportunity to learn by drinking many. I mean to say, order a flight of four. 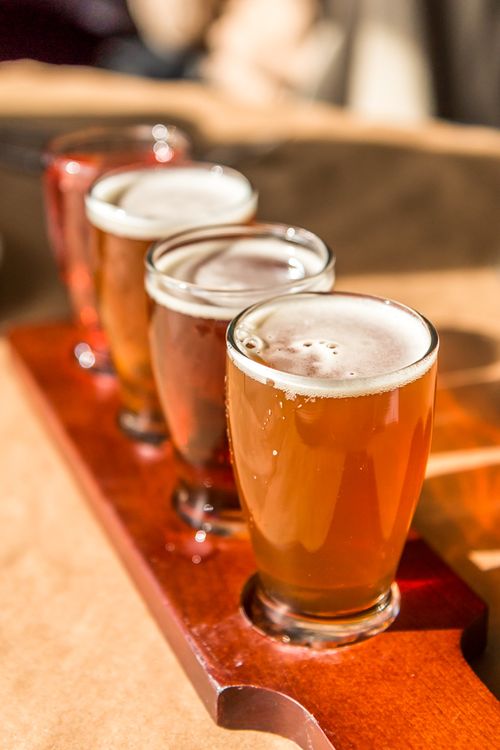 Two of the four of the flight made a very big impression. The Keslo Industrial IPA (10%) was the monster you'd expect it to be. A huge hoppy beast, with a nose which reminded me of walking through a flower shop. It's amusing to me that something that smells so pretty can knock you on your ass. 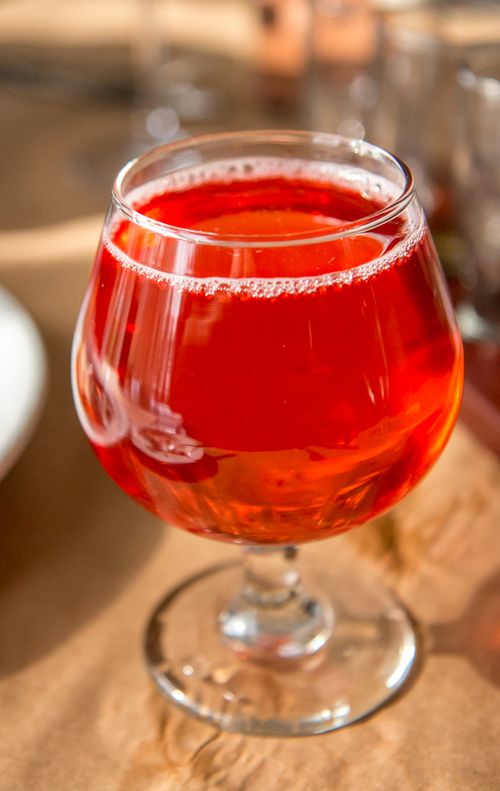 On the other end of the spectrum was the Awestruck Hibiscus-Ginger cider. Ciders are more like wine than beer, I've come to conclude. Yet for years I dismissed cider as some sort of crap for people who don't like beer. It didn't occur to me until a trip to Applewood Winery in Warwick, NY--where I first tried their Naked Flock cider--that cider is a complex, compelling drink, and one which pairs wonderfully with food. This Awestruck business fit squarely into that mold. The color is irresistible. Taking your first sip you're confronted with lots of acid balancing out a bit of sweet. Not much more than a hint of ginger in this one, leaving me wanting a little more of that spicy kick. I often compare ciders to German Rieslings: acid, fruit (apple), and a bit of sweetness. Perfect for morning drinking, summer drinking, and spicy food. This Awestruck cider is no different.

We would have been perfectly happy sipping wine and beer and cider and whiling the afternoon away, but there was eating to be done. We were looking forward to the food, knowing Chef Levy can cook. He first made an impression ten years ago, when he opened RoCCA in Glen Rock, NJ. It was time to get on with it. 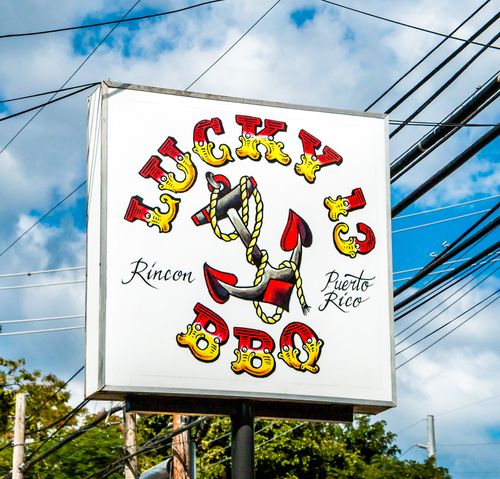 Lucky 13 BBQ looked super on paper. The website listed a bunch of cocktails, and a good mix of BBQ, tacos, and small plates with Asian twists. Our group of fun-lovers figured this would be a great place for lunch. 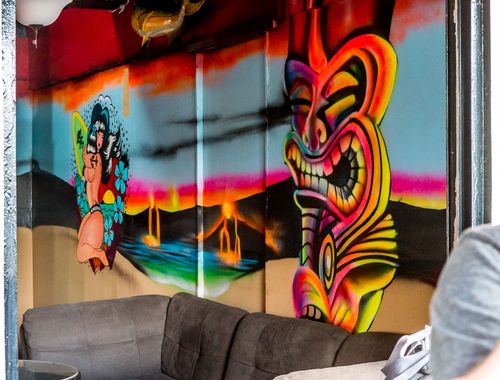 When we arrived I was a bit surprised to see how small the place is. The interior really doesn't have much proper seating (other than a smallish bar and some couches), and the covered outdoor area has mostly high-top tables (not necessarily ideal for groups with children). There are some standard tables with umbrellas set up on the patio/parking lot, but they weren't an option on this very typically sunny/rainy/sunny/rainy Rincon January afternoon.

We had plenty of time to review the menus, as the single server on duty was quite busy doing everything that needed to be done. We mapped out our meal and cocktails, and were very much looking forward to getting into some BBQ and tacos and small plates with Asian twists. This eventually sort of happened, but not without some bumps in the road.