Eating in Philadelphia: a.bar for wonderful cocktails and lunch 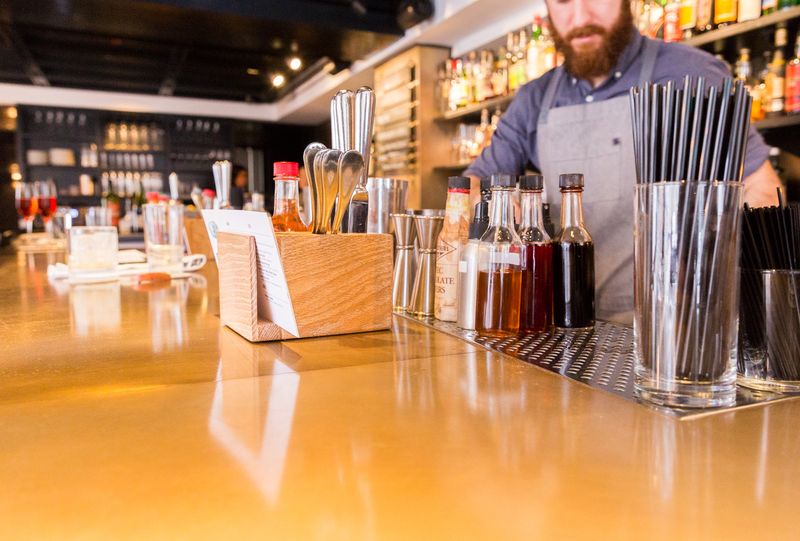 There was nothing about a.bar that I didn't like.

I can typically find a few nitpicks in any restaurant. Crappy cocktail lists. Boring food options. Poorly executed food. Shit service. Uncomfortable bar. My list of complaints goes on. And on. Of this you are assured.

But nothing from my vast list of bitches applied to a.bar. The place is bright and comfortable. Plenty of room under the bar for my legs. The menu was short and concise and everything sounded good. The cocktails were appealing and well-crafted. Hell, two of them showcased amaro with a base, including one with tequila and Montenegro, and another with Mezcal and Meletti. Well done. 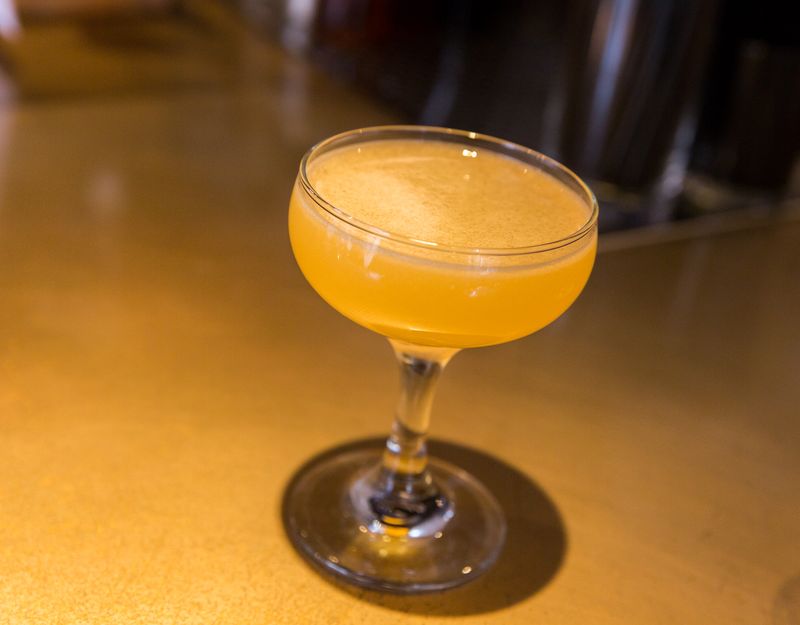 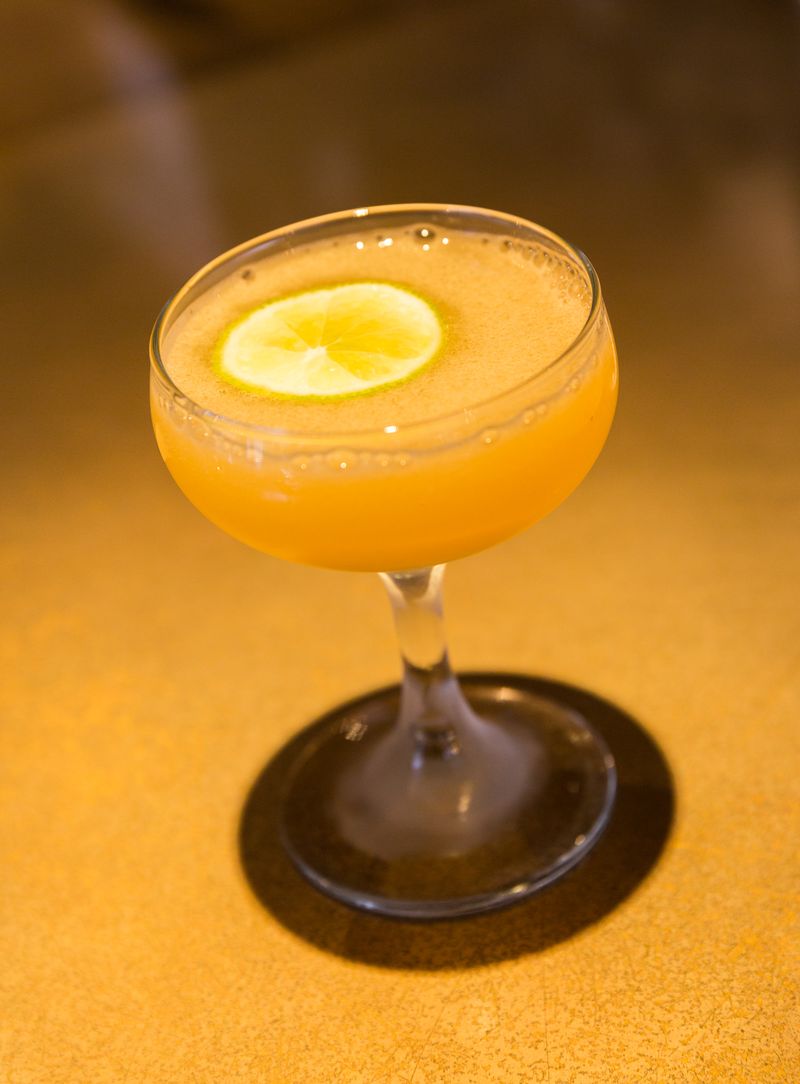 The bartender was good-natured and more than happy to indulge me when I asked him to just surprise me with a cocktail. He also suffered through my game of "let me guess what's in this one."

The food, also, is no slouch.

Posted at 10:58 AM in Burgers, Cocktails, Just over the Jersey border, Philadelphia, Travel | Permalink | Comments (0) 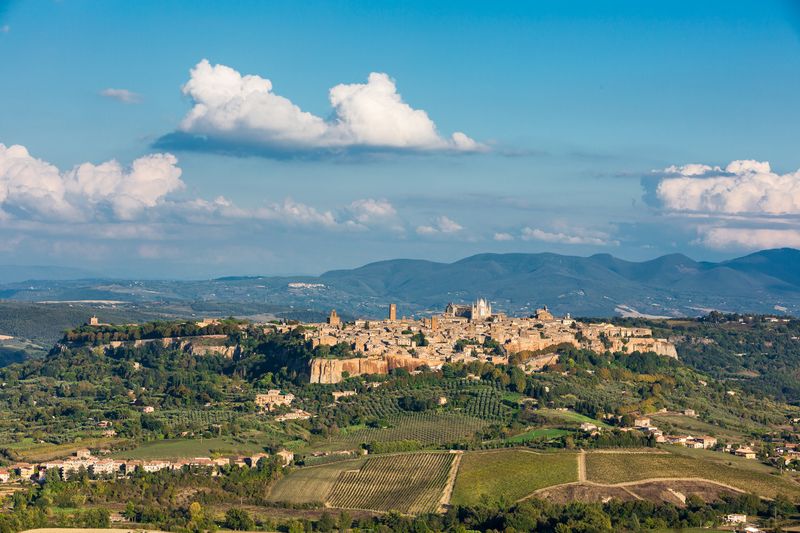 Putting together a year-end wrap-up list like this is sort of a pain-in-the-ass, I've come to realize. I have to figure out what dishes I want to include, find a photo, remember something halfway interesting or at least accurate to say about the dish, type it all in, spellcheck, look up web sites, etc. It takes a lot time, and at the end of the day very few people care what I put into my face. And I'm sure as shit not getting paid for it. But, it's a nice walk down memory lane for me, so once I get going, sifting through the photos and thinking about the experiences, it turns out to be quite a lot of fun, as I ignore the reality that you may not give a toss about any of it.

But then I have to type words and stuff, and I put it off for 3 weeks. It turns into a task. A task that I just recently tackled.

So why isn't this list New Jersey-focused you didn't ask and probably didn't even wonder? Well I'll tell ya. I used to include only New Jersey/NYC restaurants in these lists (I think), but I've been told that there is some value to some people to include stuff from other places. The fact that many of the dishes on this list are from outside of New Jersey shouldn't be a surprise. When I travel, I'm obviously carefully picking restaurants that I think will be outstanding. And let us not ignore the fact that when you're traveling, things just taste better. New experiences put more lead in my pencil than anything. When I'm stuck in New Jersey, conversely, I don't spend enough time eating out, and too often go back to the same places where I know I can get a good meal. But, there are several restaurants on this list within a stone's throw of New Jersey, so even if you don't ever plan on leaving the Garden State, perhaps something on this list will appeal to you.

Enough explaining. On with it.

Here's a list of exceptional dishes that I enjoyed in 2015. In no particular order other than perhaps chronological. 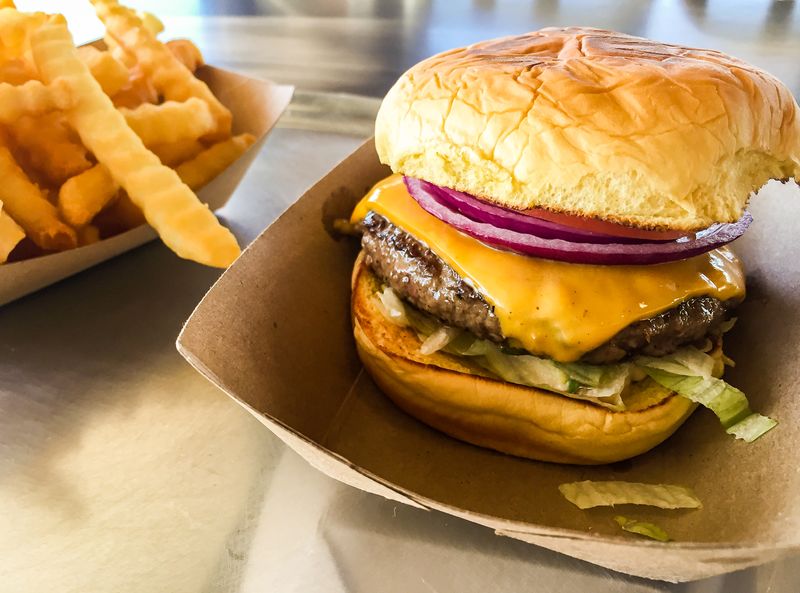 It's beyond evident that Shake Shack was an inspiration for the people who opened Momma's Boy, a burger/hot dog joint in Wayne, NJ. It's clear right down to the wood/metal interior and the logo. And who can blame them for taking some cues from a place like Shake Shack. Shake Shack does a pretty damned good job at selling hamburgers and fries.

The people behind Momma's Boy were certainly paying attention when they pulled this place together.  The burger is very similar to the burger at Shake Shack. Same griddled potato roll, same style of "special sauce" (may0/ketchup-based), same type of melty American cheese, and the same size. But all of that means nothing if the burger meat isn't tasty, and the execution is flawed. Do they pull it off?

Joyce Chinese: River Edge, NJ, the same as it used to be: excellent 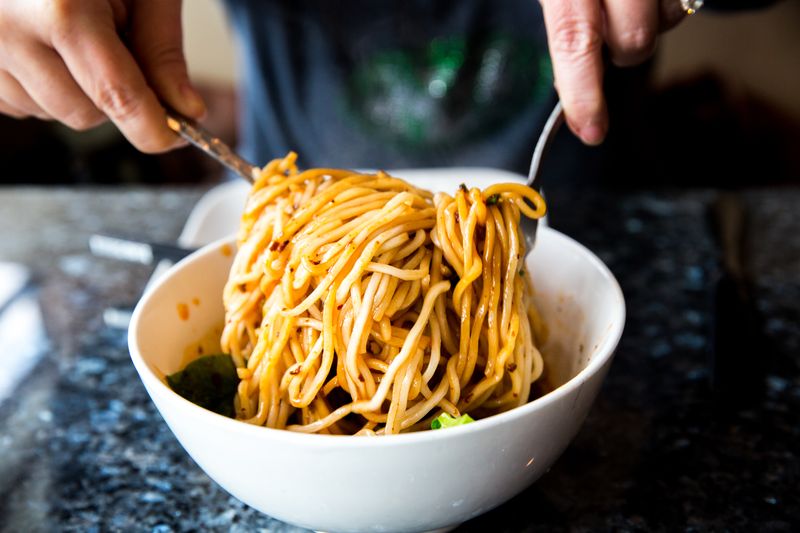 From the various rumblings on the web claiming how Joyce Chinese, the barely 2-year-old Sichuan restaurant in River Edge, NJ, "isn't as good as it used to be," you'd think they changed the menu and dumbed down the food to appeal to bland American tastes. From my admittedly unscientific analysis, I conclude that that's all a bunch of cahcah (cahcah means crap). The restaurant continues to serve mind- and tongue-numbingly good Sichuan food.

Continue reading "Joyce Chinese: River Edge, NJ, the same as it used to be: excellent" »