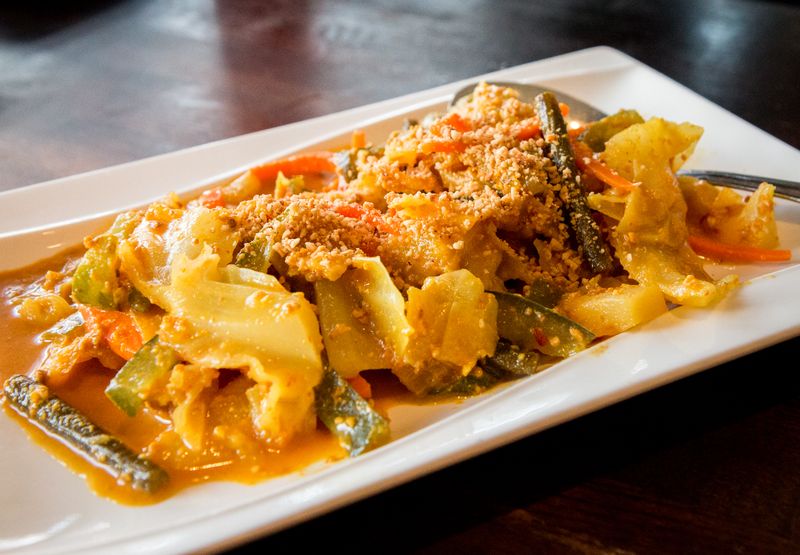 The food of Malaysia is one of the few SE Asian cuisines that I've never warmed up to. I think this had something to do with a Malaysian restaurant taking the place of my beloved Good 'n Plenty bar in Hoboken some years back. Damn them.

More realistically, my indifference was probably because the combination of Thai and Chinese and Indian never really did anything for me. Flavors and dishes seemed watered down, to my mind, with no real identity. That, of course, is some ignorant shit. Malaysian cuisine isn't hindered by its many influences. It is elevated by its many influences. I'm finally coming around.

This boring story starts about a year ago when we, on a whim, stopped at Penang in Lodi on the way back from a miserable dinner somewhere. Just for a drink. We figured it would be horrible and we'd get a story out of it. As it turned out, the bartender was an interesting character, the bar was well-stocked, the menu looked very appealing, and we had a grand ol' time. We knew we'd be back. But then we totally forgot about the place. Until this week.

We started with achat (pictured above), which is a pickled vegetable dish with a slightly sweet peanut gravy. Holy cow. This dish is right up my alley. Crisp, bright vegetables, crunchy pieces of peanut, spices, a bit of heat, acid. This dish hits all the marks. We cleaned the plate and I wanted more. Which is a good thing, because another dish we ordered included more. 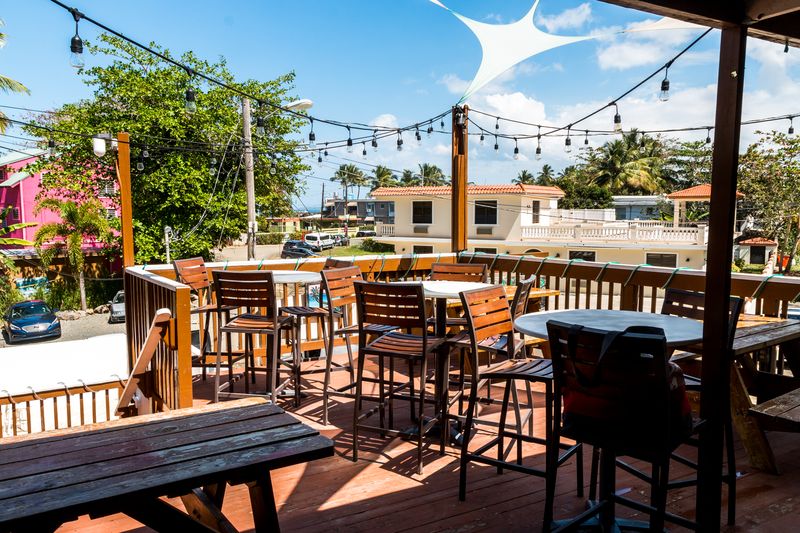 I have extremely low expectations for a restaurant or bar if any of the following apply:

It was a real scene, as the kids say, the night we walked past and first noticed the place, on our way back back from a fantastic meal at Pool Bar Sushi (great place). But it piqued my interest, if only for the bar scene, which made me feel like I was missing some action. I hate missing some action. It just seemed "fun," even for someone old and grumpy like me. Research was in order! Some googling of Kahuna Burger, located in the Casa Verde Hotel, led to some dreadful pictures of burgers that didn't look very appetizing. Just as I suspected. I tried to get it out of my head.

Against my better judgement, we headed over for lunch one day. Fully expecting the place to be packed, we got there at noon, sharp. We were the only customers. I think people sleep a bit late in Rincon. Or they're out surfing in the morning and don't think about lunch until much later than me (I start thinking about lunch at about 10 pm the night before). 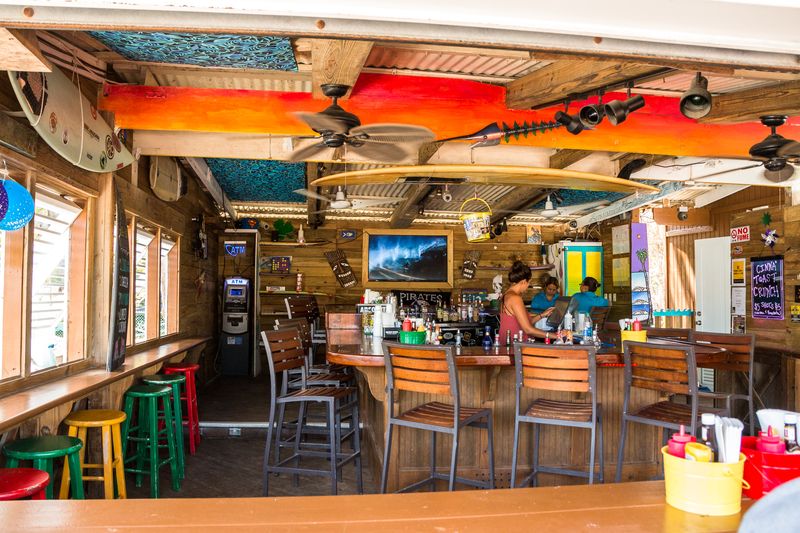 Kahuna has an indoor oval bar and some rail seating, along with some high-tops and picnic tables on the deck, which is where we packed in our crew.

A scan of the cocktail list yielded a margarita that sounded like it was almost on track to being a proper cocktail (I asked and the lime juice was to come from a lime...good start). The inclusion of Jose Cuervo silver was the big problem. And I don't recall if the menu specified Cointreau. I asked the lovely bartender if I could sub in Milagro and ensure Cointreau, stating that I'll pay the up-charge. She said don't worry about it, same price. Nice! A bit sweet, but Milagro and Cointreau and lime juice and some sugar in a plastic cup with ice in Rincon on a sunny 84 degree day is better than what you probably drank last week. You dig?

The food, you say? 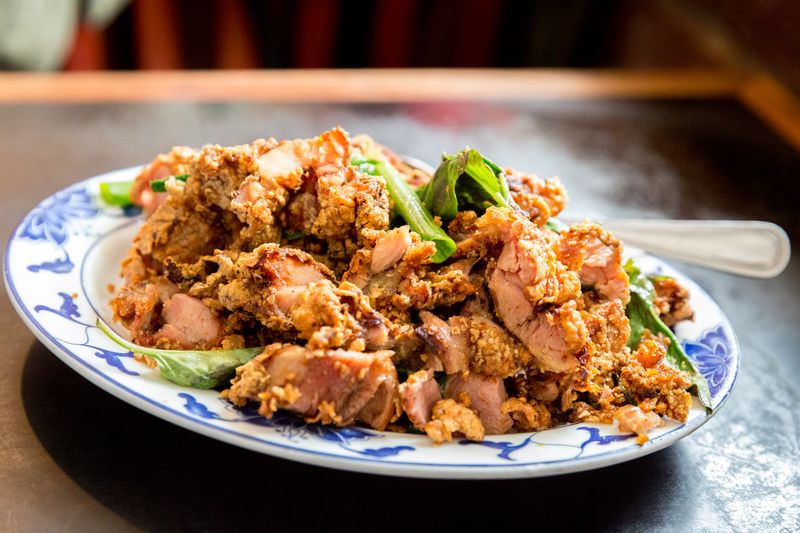 Hardly anything is what I know about Taiwanese food. And that's a lot more than what I knew before I rolled into Taiwanese Gourmet, in Elmhurst, Queens.

The fantastic blog Chopsticks and Marrow had a brief and very convincing post on this little Taiwanese restaurant, which compelled me near-immediately to cross the 13 or so bridges that it takes to get to Elmhurst, and, as it turns, out have essentially the same meal. 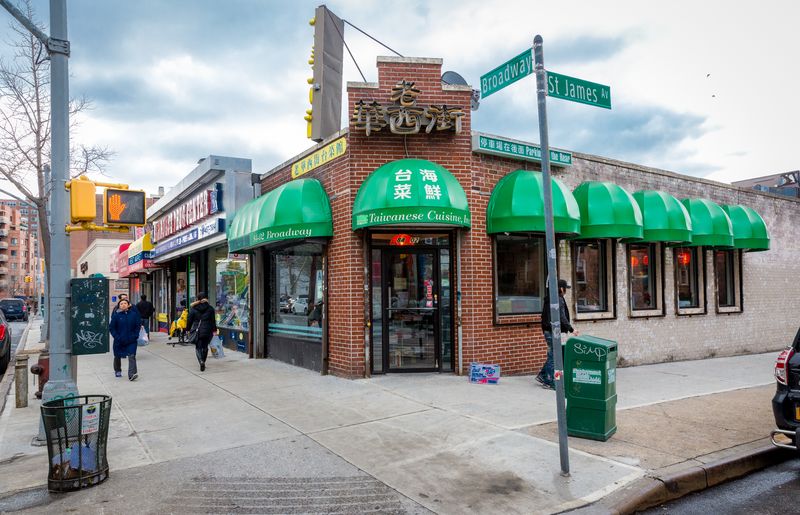 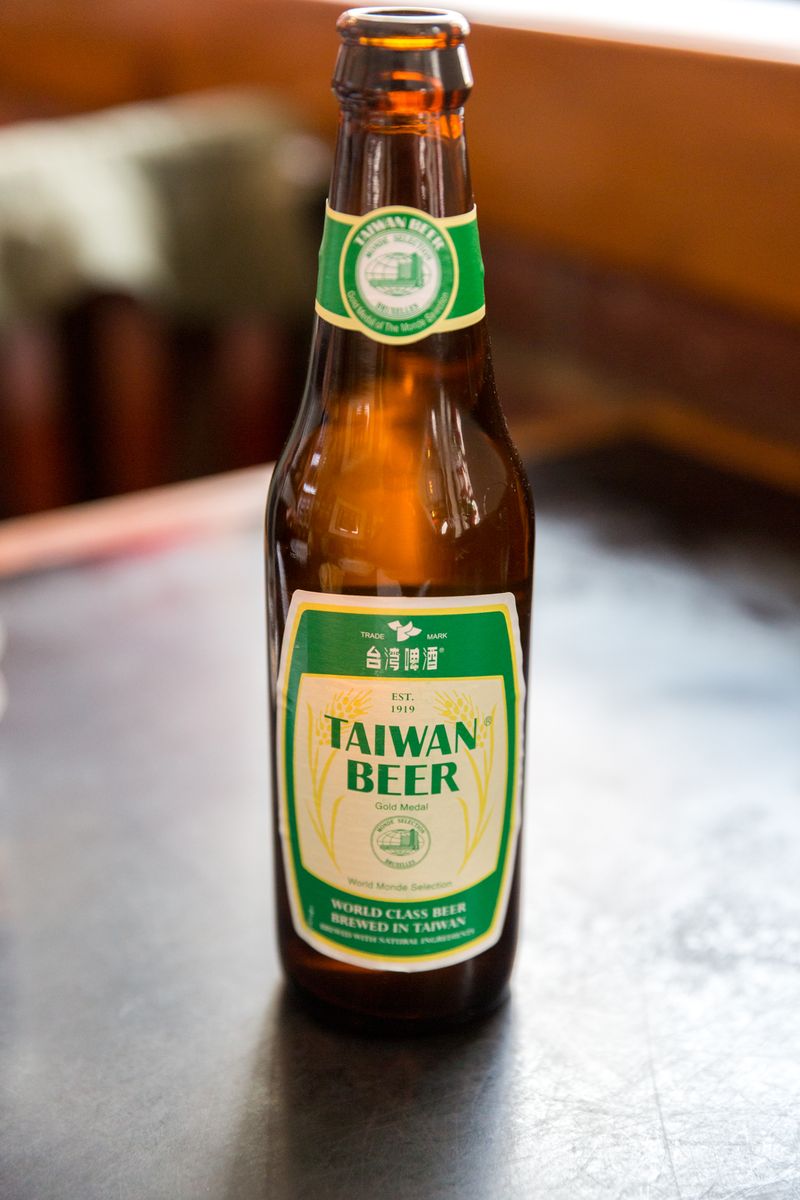 I went in thinking Taiwanese Gourmet is BYO, but alas they do serve beer. The "Taiwan Beer" that we spied in the fridge seemed to be a good a choice as any. As with many Chinese beers, it's a bit sweet, and goes perfectly well with spicy foods. Better than Bud, you are assured. I mean it says "World Class" right on it, so, there's that.

Posted at 10:46 AM in Just over the Jersey border, New York State, NY: Restaurants | Permalink | Comments (1)