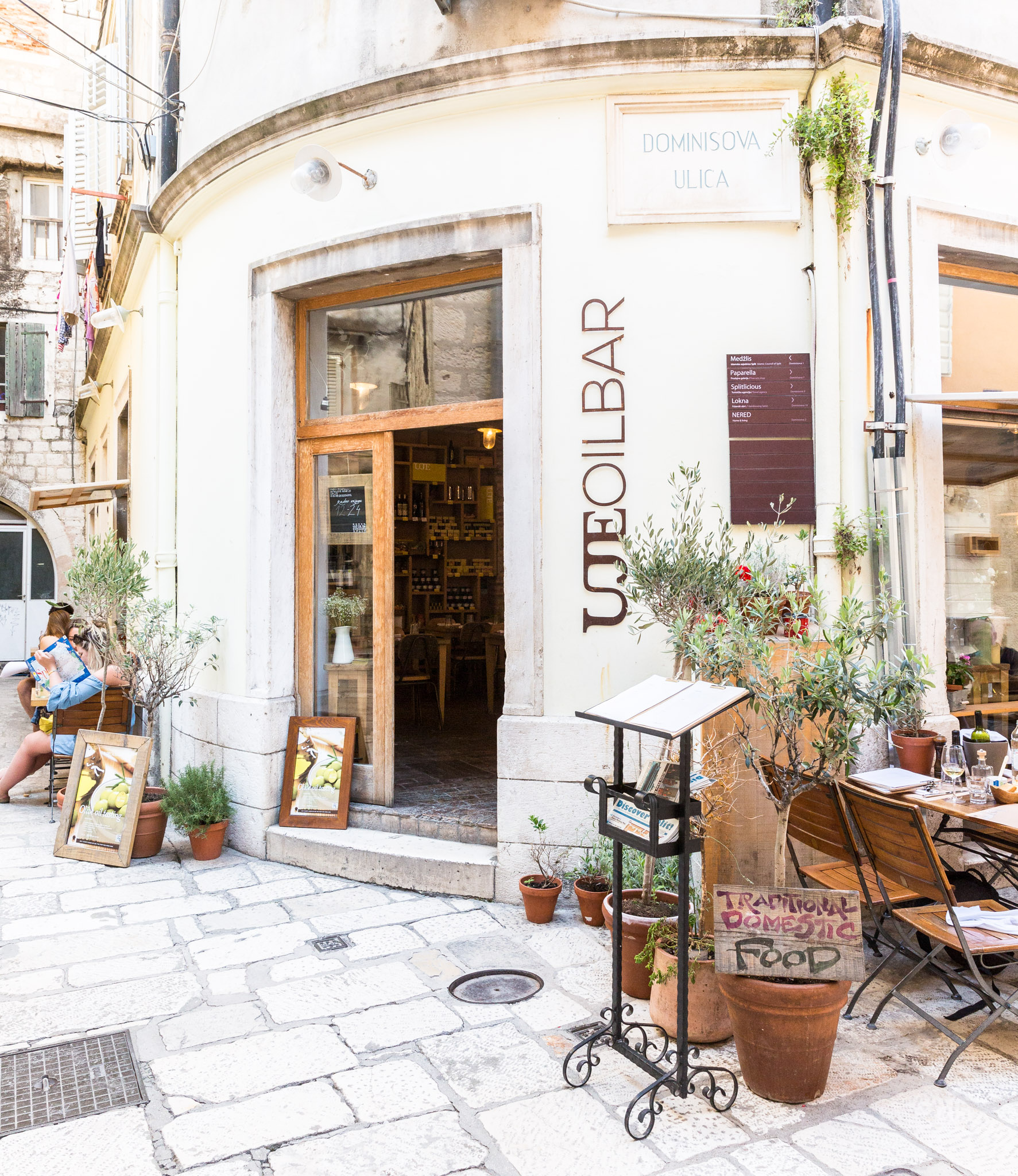 That first meal while traveling can go any number of ways, many of them bad. We're typically tired, bleary-eyed, confused, stinky, lost, and woefully unprepared with a plan for lunch when we arrive the first day.

The first day of this trip to Croatia in Split was no different. 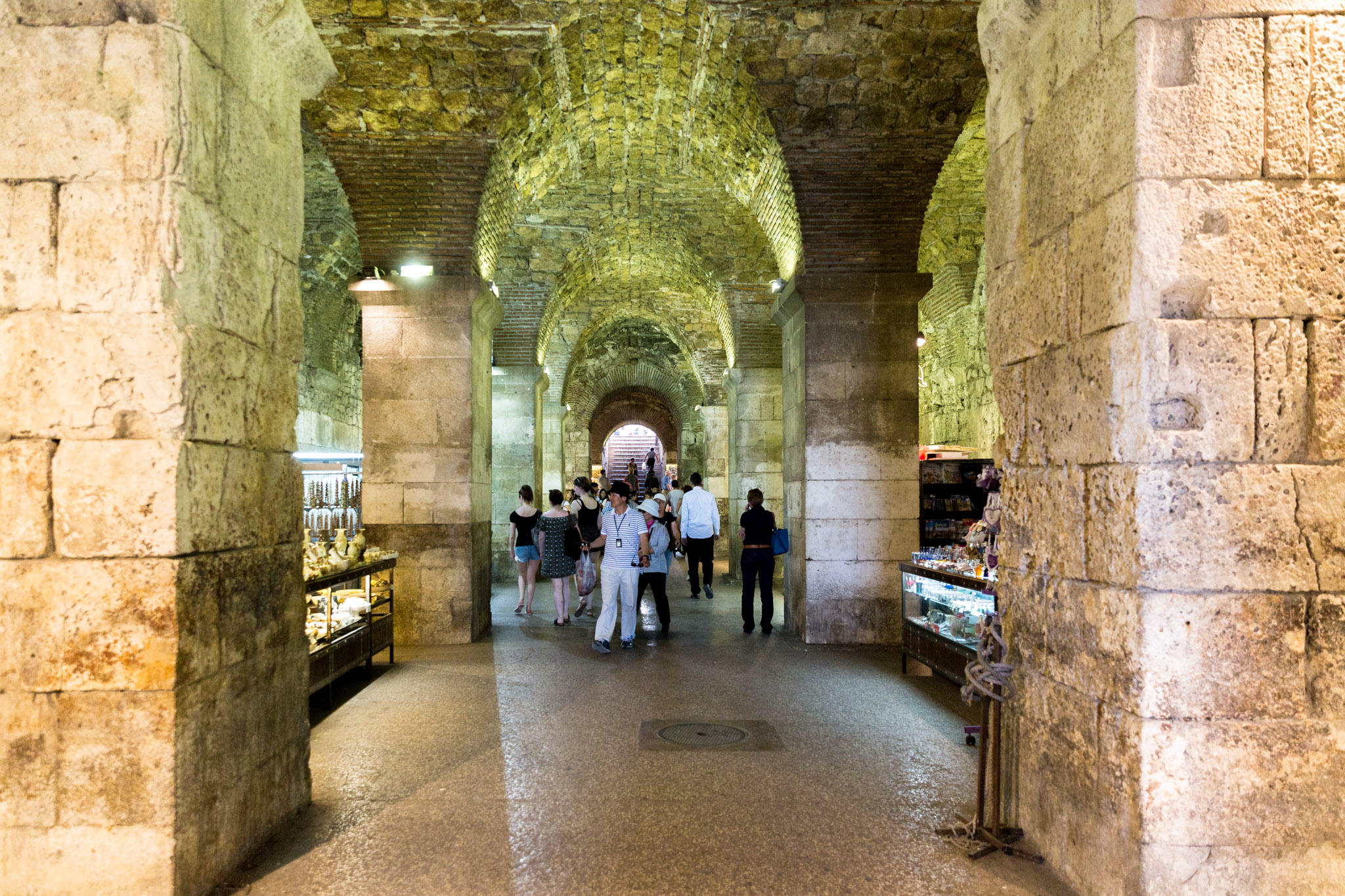 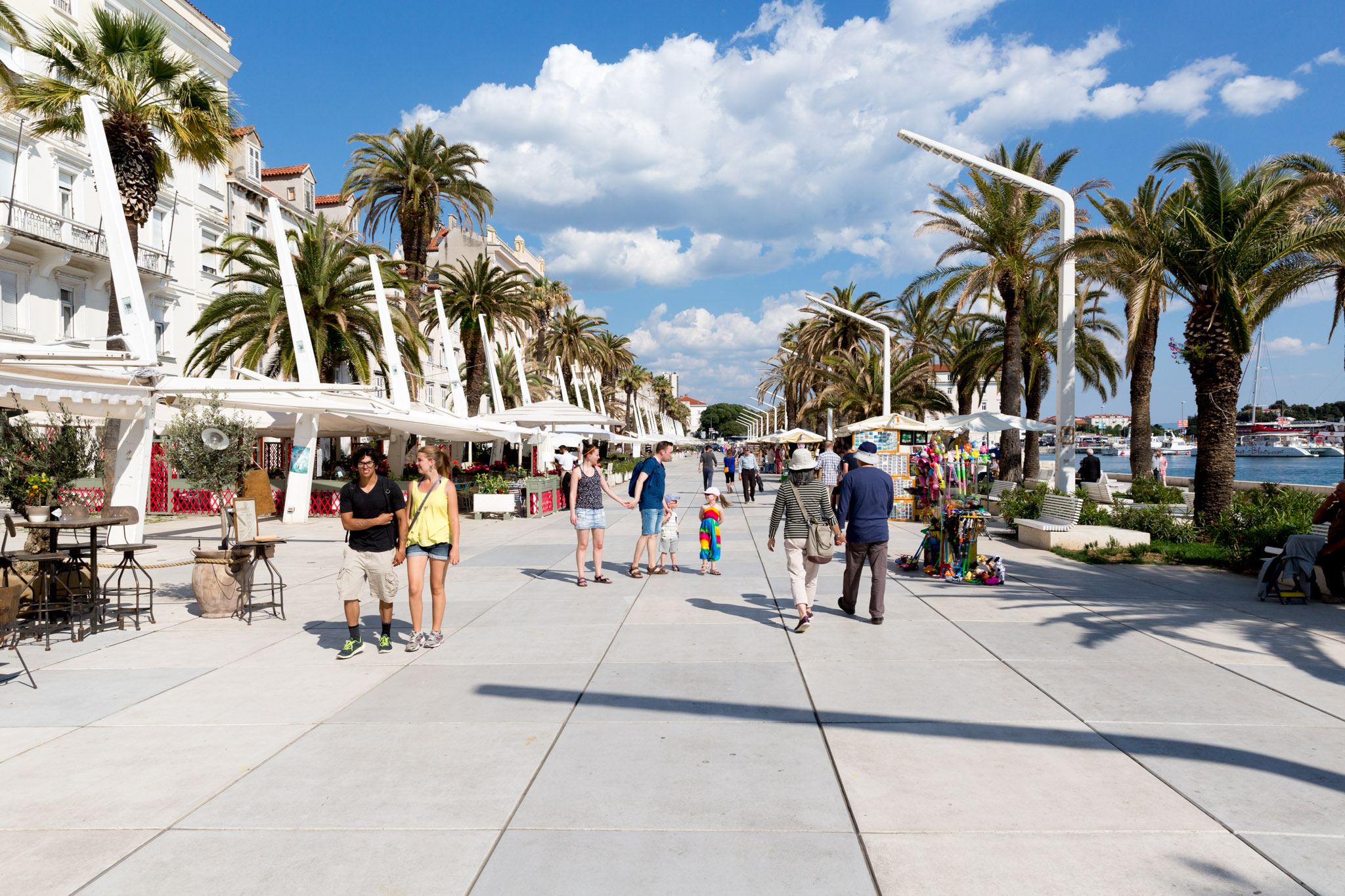 After checking out where Khaleesi kept her dragons (the basement of Diocletian's Palace), we took in a few hours of sun and local beer on the riva. I loved the juxtaposition of the gorgeous, bright, wide-open riva, and the inside of the Palace walls, where narrow and seemingly endless alleys snake through the old city.

Speaking of Game of Thrones, I have to admit, a lot of the appeal of visiting Croatia came from seeing the various towns featured in Game of Thrones. Dubrovnik in particular was as awe-inspiring as it looks on the show, even with the show's CGI and post-production making it look even cooler.

Some quick research led us to Uje Oil Bar. After checking out the posted menu, and seeing the lovely outdoor seating, we knew we were in the right place. It's nestled just far enough from the main squares that you're not being trampled by hoards of tourists with selfie-sticks. My God, people walk around all day with their cell phone 2 feet from their faces, taking pictures of themselves. When did this become "normal?" People of earth: you are ugly, your photos are awful, and no one wants to see them. 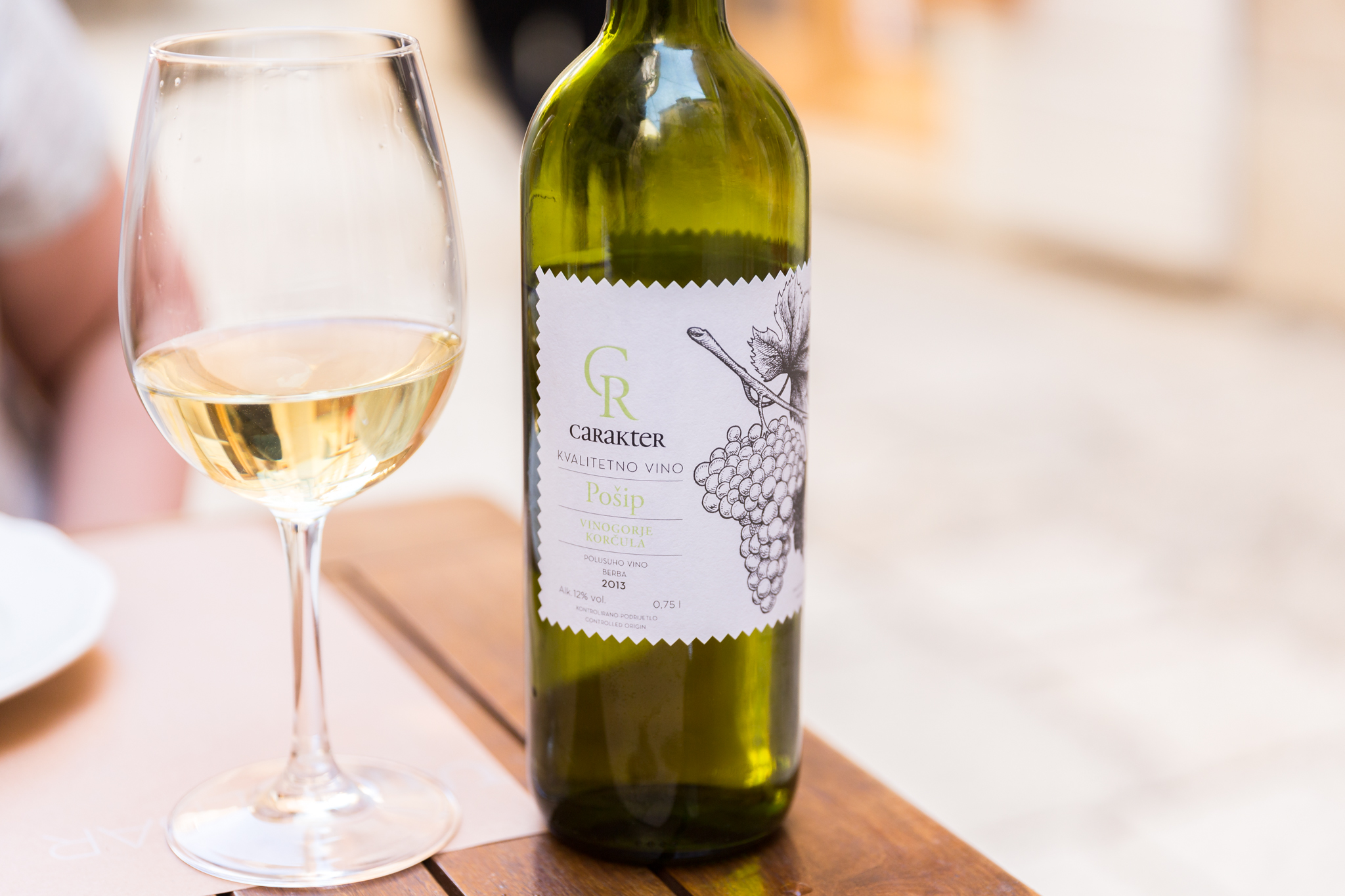 This was our first time ordering a Croatian wine. I asked the waiter if he could assist in some descriptions. He hesitated, and I figured he'd just make up some stuff that sounded good. Well, he asked what type of wine we typically like, and then suggested four, with lengthy descriptions of the flavor profiles, the grape, where they are grown, who made them, and more info than I needed quite frankly. We found most servers were well-versed in the local wines.

Indeed we found most servers were just fantastic all around. English is very widely spoken. In fact I was a little dismayed that there weren't more challenges with communication. That's one of the fun aspects of traveling to other countries: trying to figure it all out. In Croatia, everyone's English is quite good...aside from the cops at the police station, with whom I spoke for an hour. But that's another story. 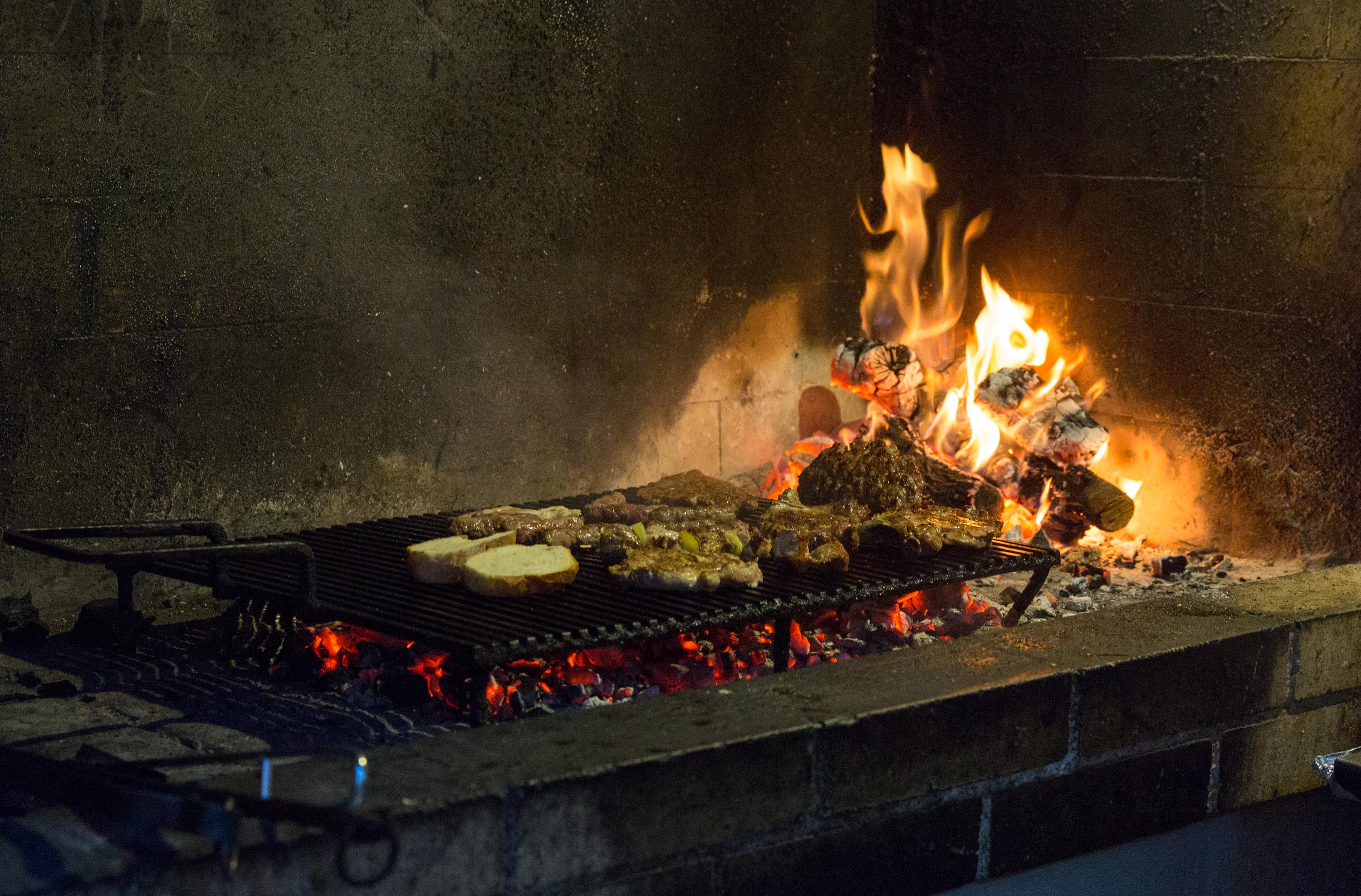 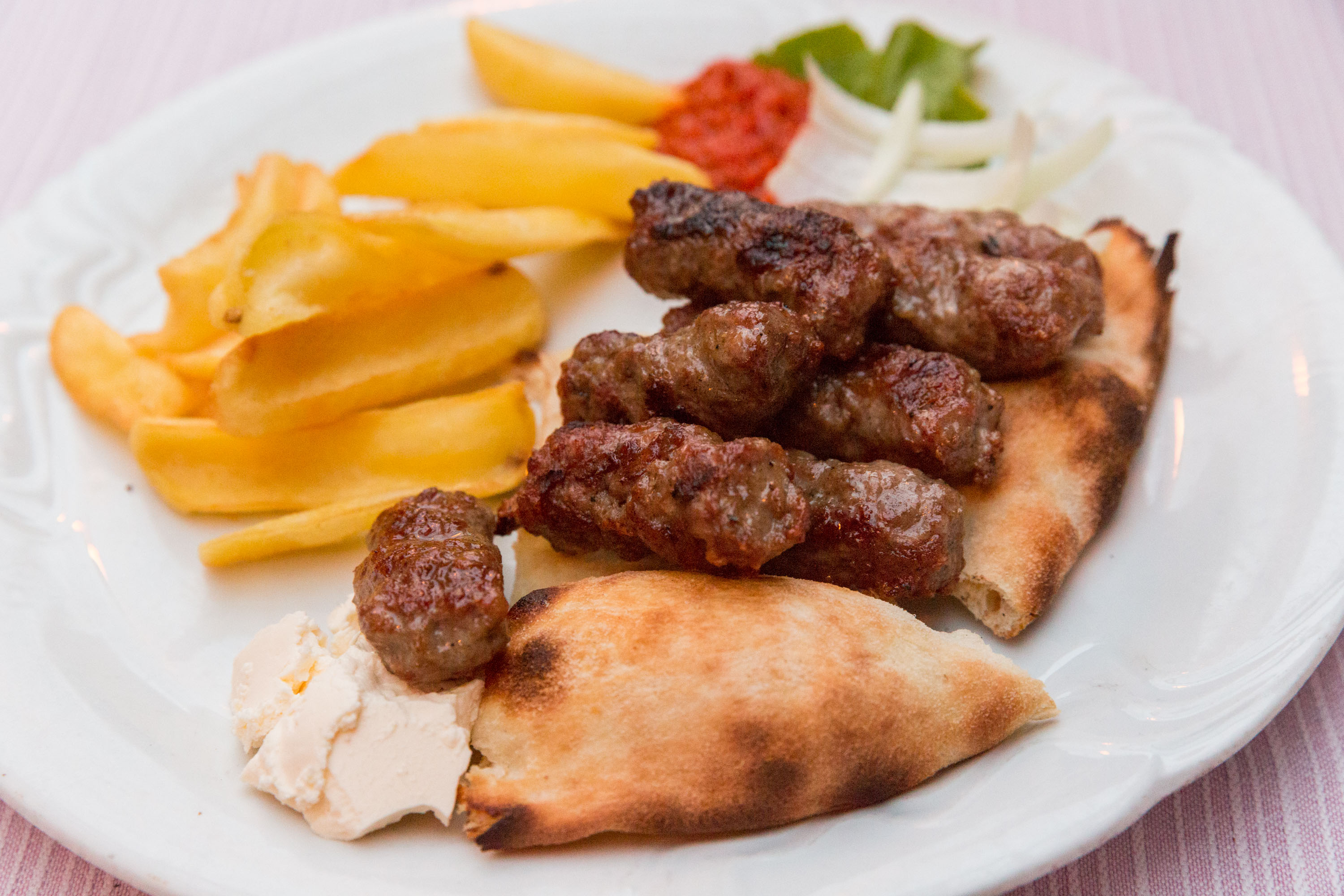 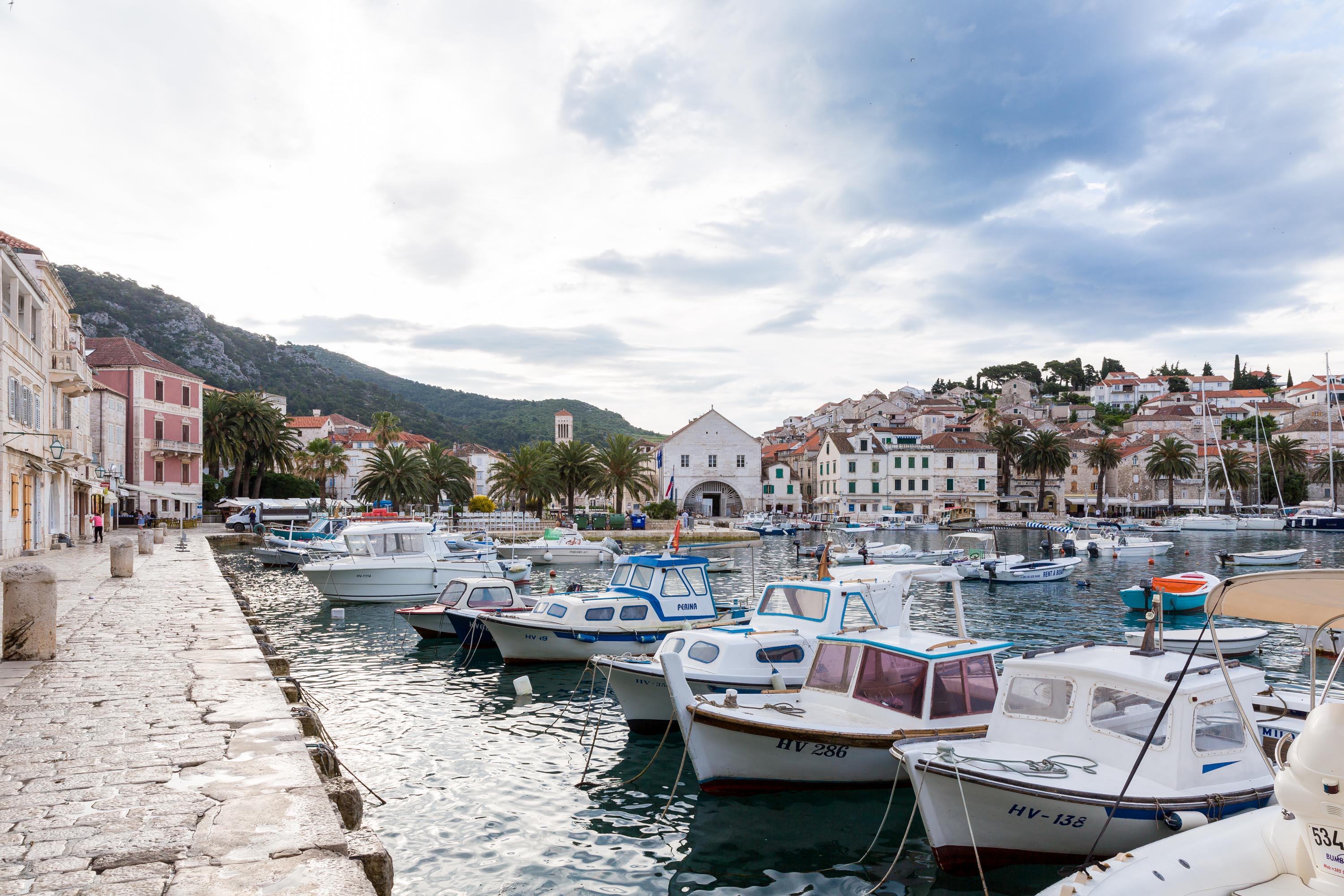 Dry-aged cheesesteak sandwich: you heard me 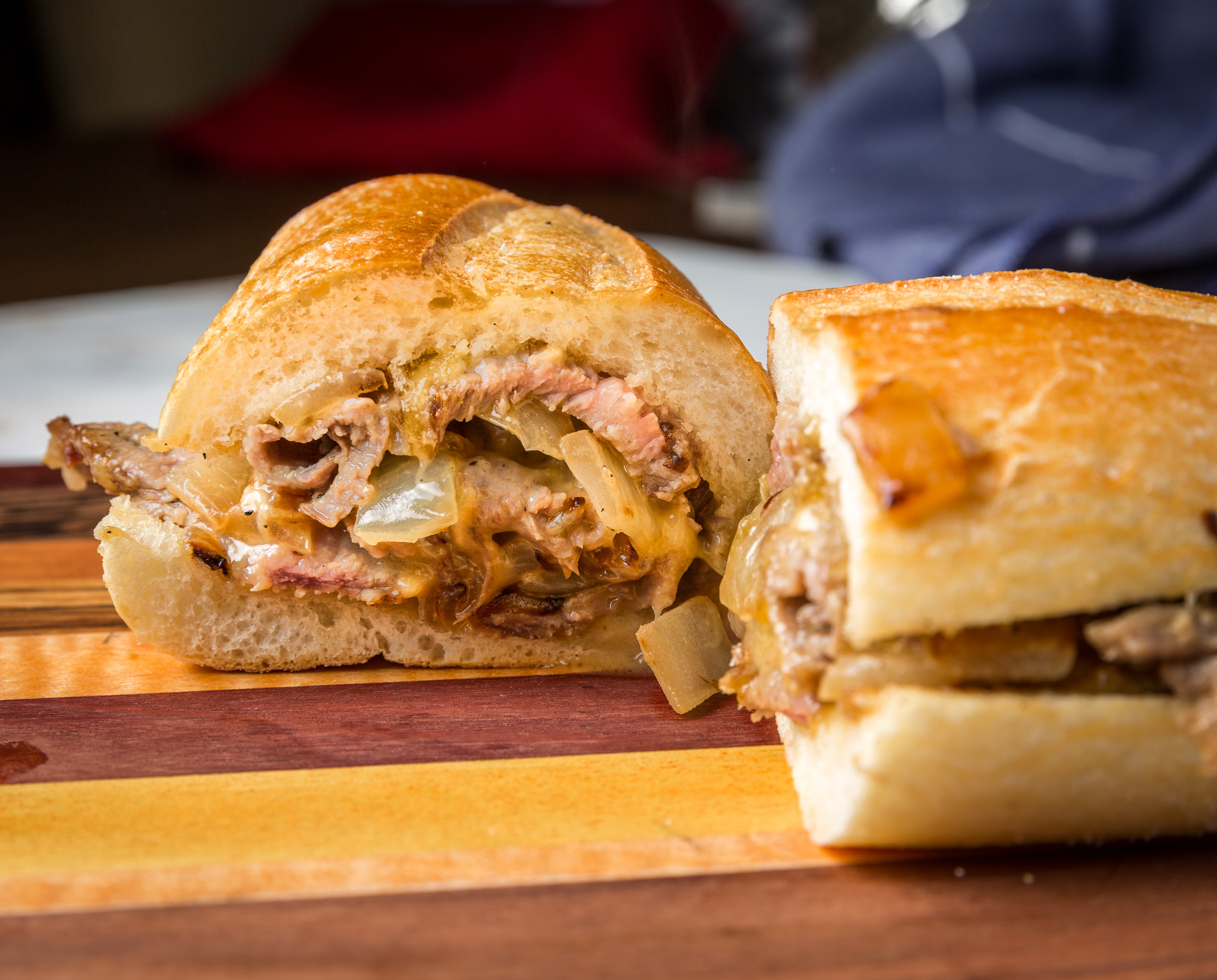 You heard me, you people.

Every time I walk away from Westwood Prime Meats, I take with me some additional knowledge and appreciation for a part of the animal I likely never knew existed.

During this conversation with butcher extraordinaire Sal, the subject of the piece of meat that was on the butcher block came up. The meat on that block was a huge piece of various muscles and fat from a dry-aged rib section. Stuff that never makes it to your average butcher or supermarket.

Sal figured he'd give me a nugget of beef that was tucked within, so I could savor that funky, crazy flavor, and he proceeded to tear apart this enormous mass of flesh. Out came this unassuming little piece of beef. 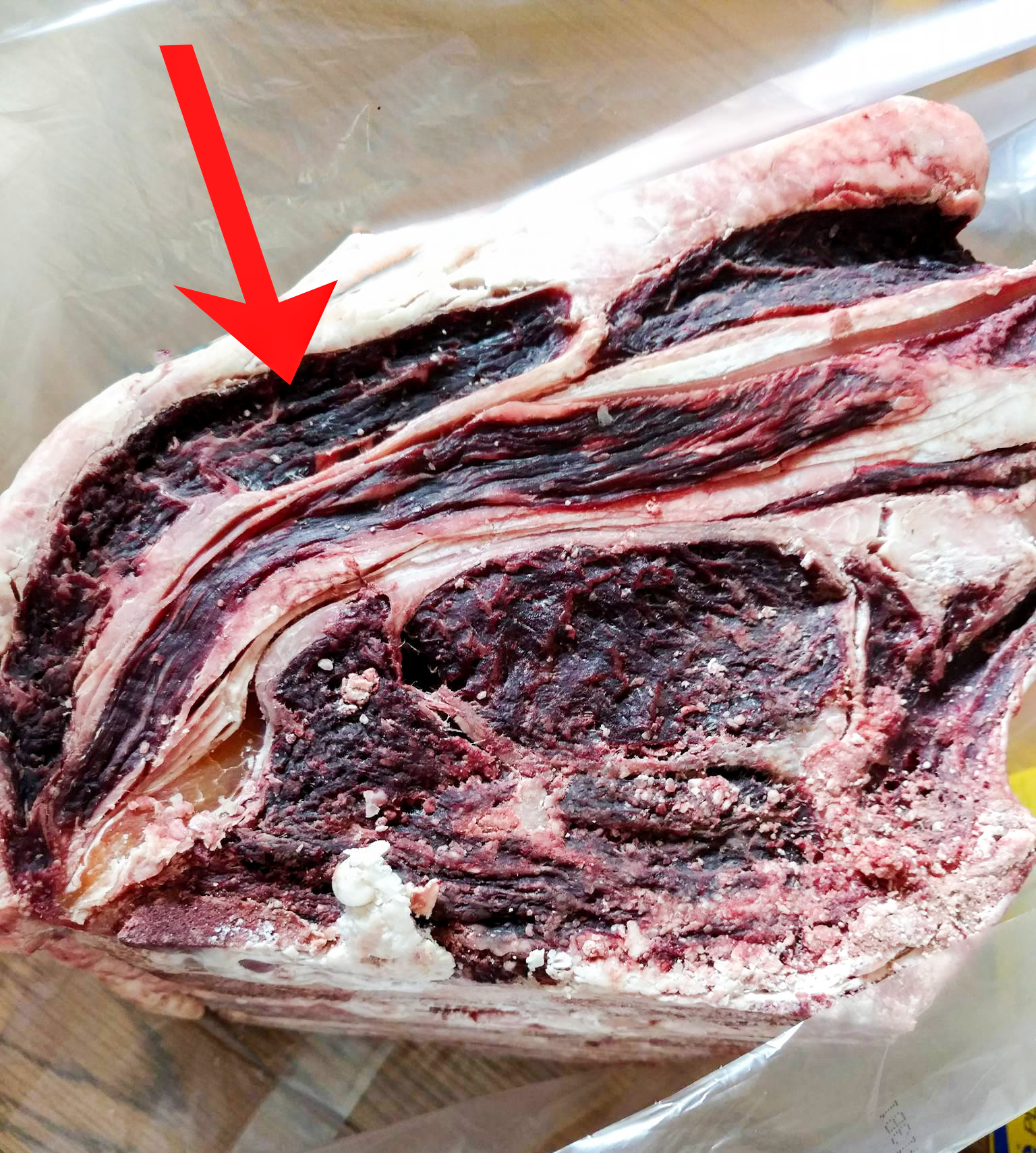 Here's where this piece of meat lives, if memory serves. Photo courtesy of Pasquale DeSalvo.

He told me that he'd advise using it like London Broil. "It's not about the texture, it's about the flavor." Indeed this wouldn't be the most tender piece of meat from the steer, but it was sure to be flavorful, what with all of that dry-aging that's going on here. 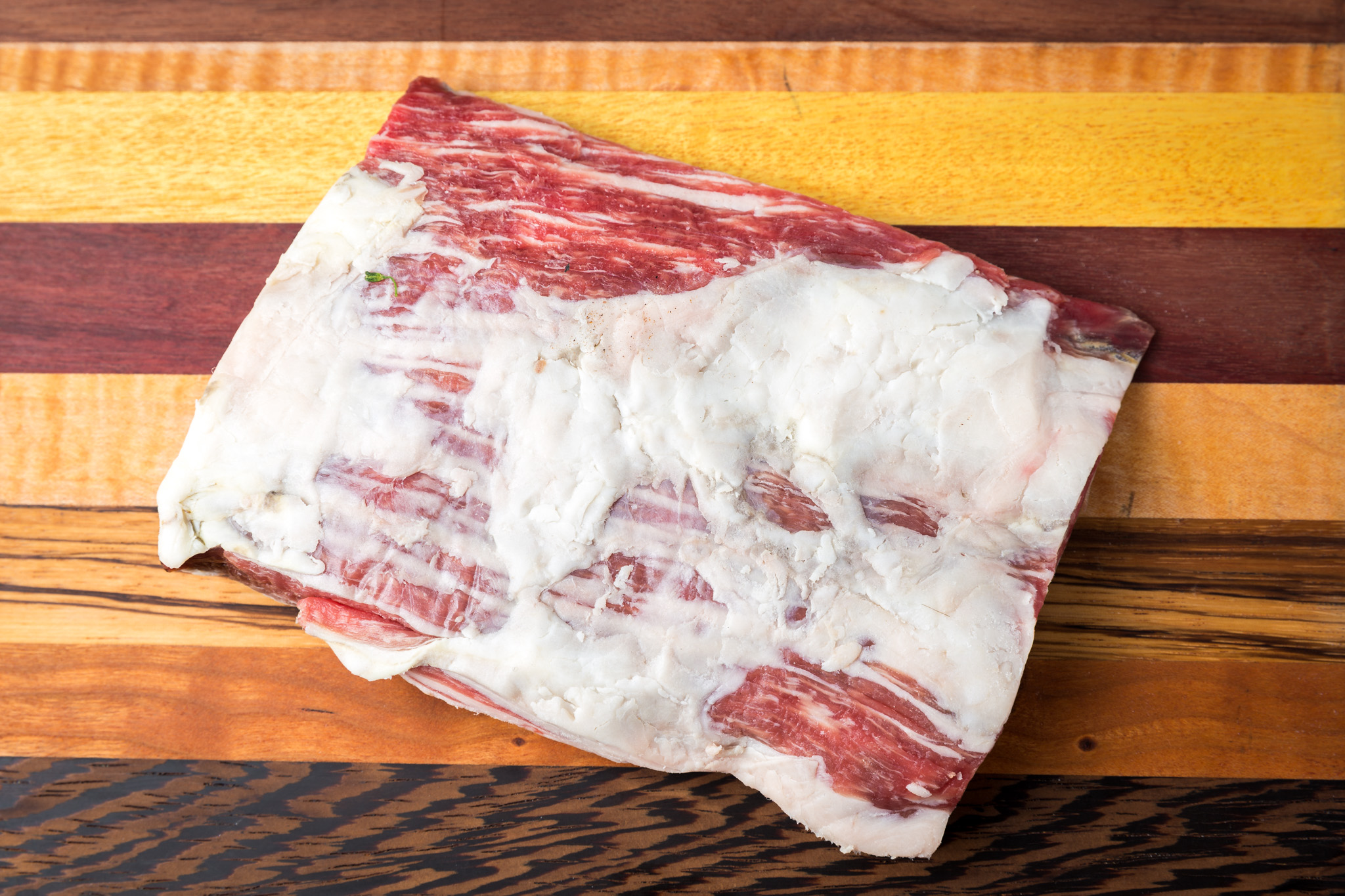 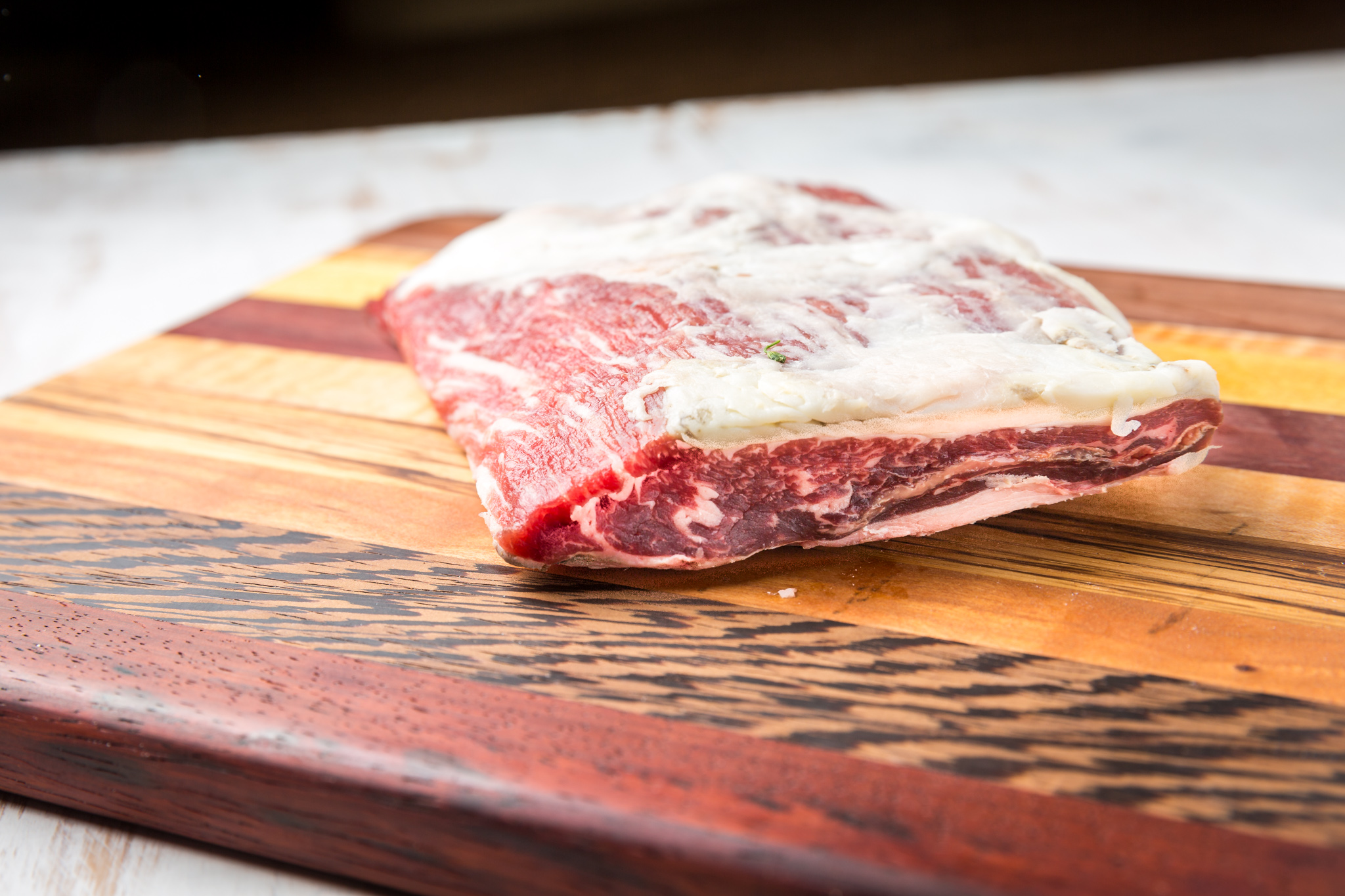 We had plenty of food that night, since I had picked up a beautiful dry-aged t-bone. So I sat around for a few days, wondering what I could do with this piece of meat. It occurred to me that it might make for a very good cheesesteak. A dry-aged cheesestak. And you know what? I was right.