Eating in Croatia: Oysters at Kapetanova kuca in Mali Ston 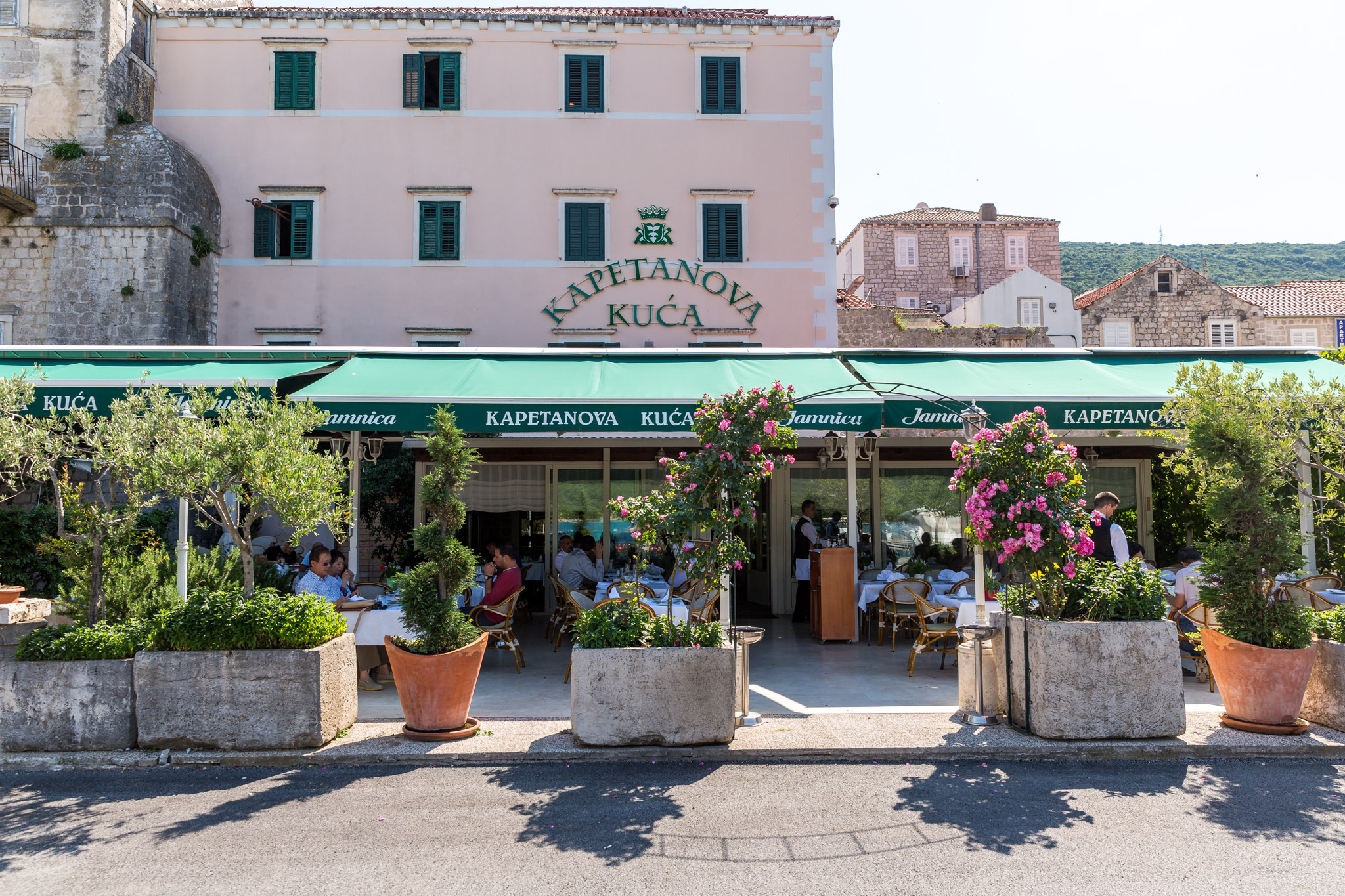 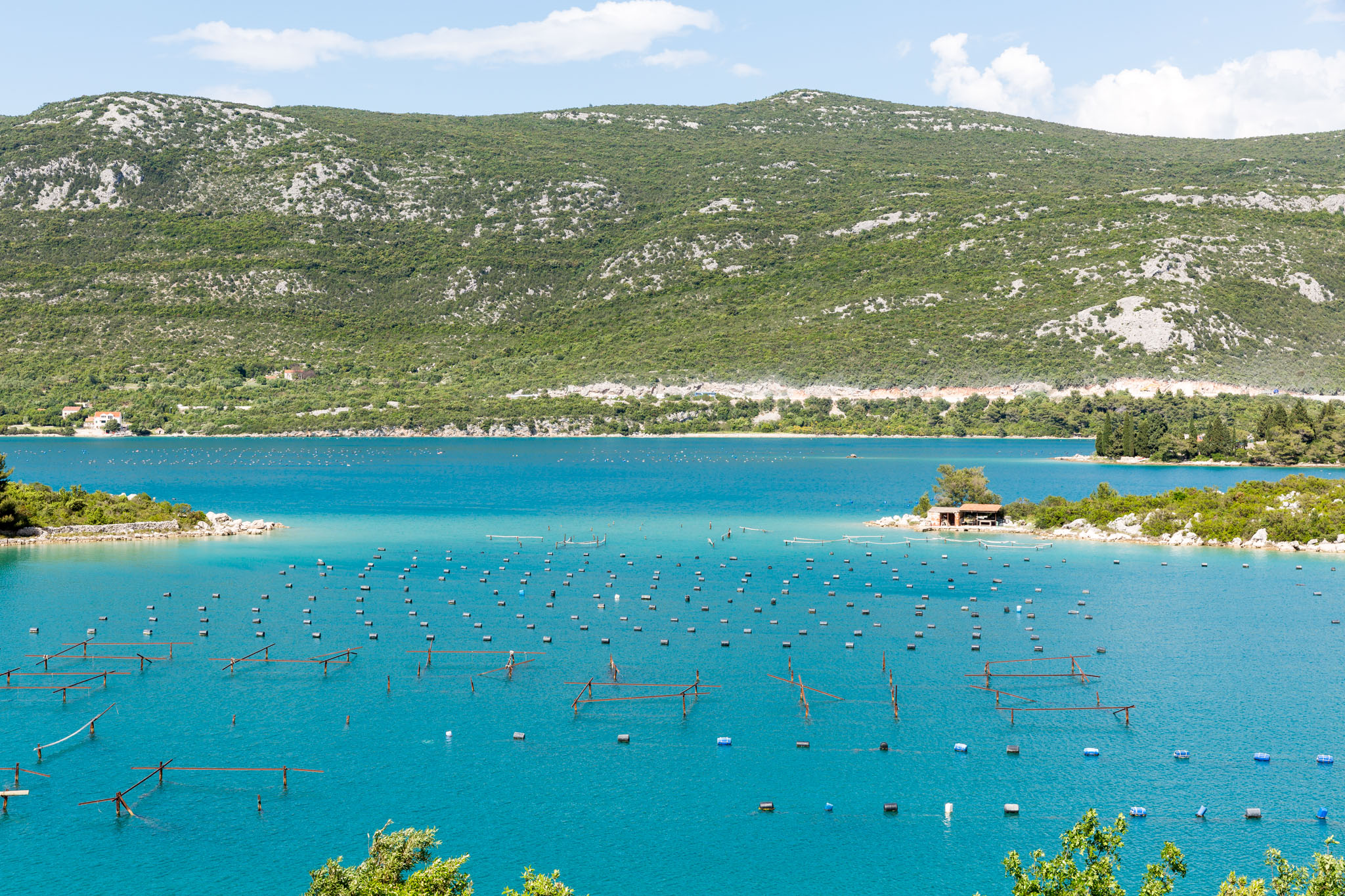 Where the oysters are born

Mali Ston is a tiny little town situated right on the water. Incredibly clean and pure water. That's where the oysters grow. There are two restaurants right next to each other: Bota Sare, and Kapetanova kuca. We chose the latter, as Bota Sare has restaurants in both Split and Dubrovnik, two towns we'd be spending time in. And, the owner of the lovely Dominus Little Palace in Dubrovnik advised that Kapetanova has a "the best" black rice dish.

Once we got to town, there's a tiny little road took us around what appeared to be the remnants of a castle (and I wasn't sure if I was even supposed to be driving there) and dropped us off right in front of the restaurant. This was my first day on the road and I wasn't sure where to park. But cars seemed to be just sort of parked next to the water. So that's what I did. When we arrived at about 2 pm, the place was jumpin'. There's a very spacious outdoor patio that seats about 60 people. We grabbed a table and got right into it. 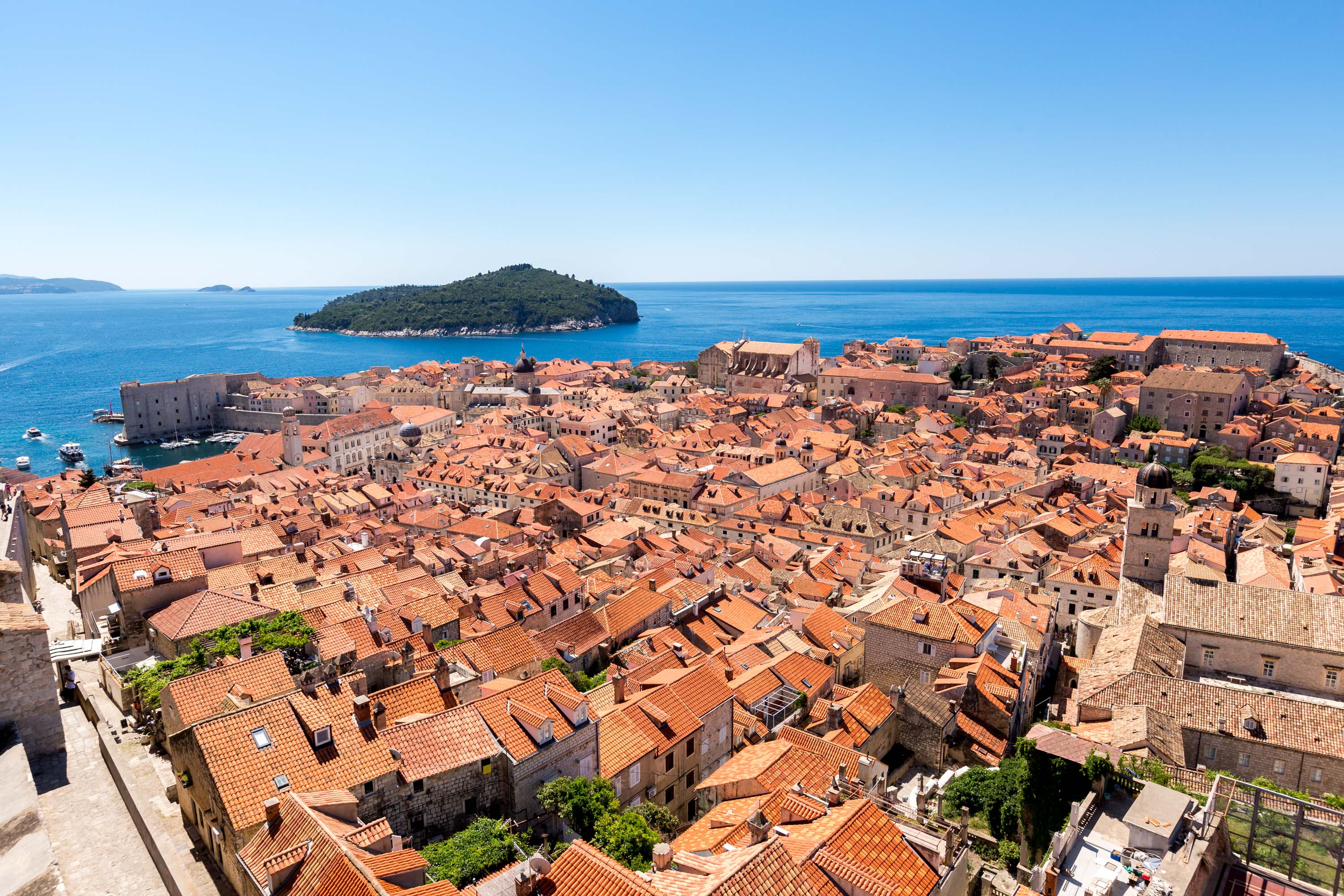 Fine dining is something we often steer clear of when traveling. We made an exception when we booked Restaurant Dubrovnik, and I'm very glad we did.

Restaurant Dubrovnik has a stunning setting on a rooftop in the old city. Fully retractable walls and roof shelter you in the event of poor weather, poor weather being a thing that you likely won't see in Dubrovnik between April and, perhaps, April. 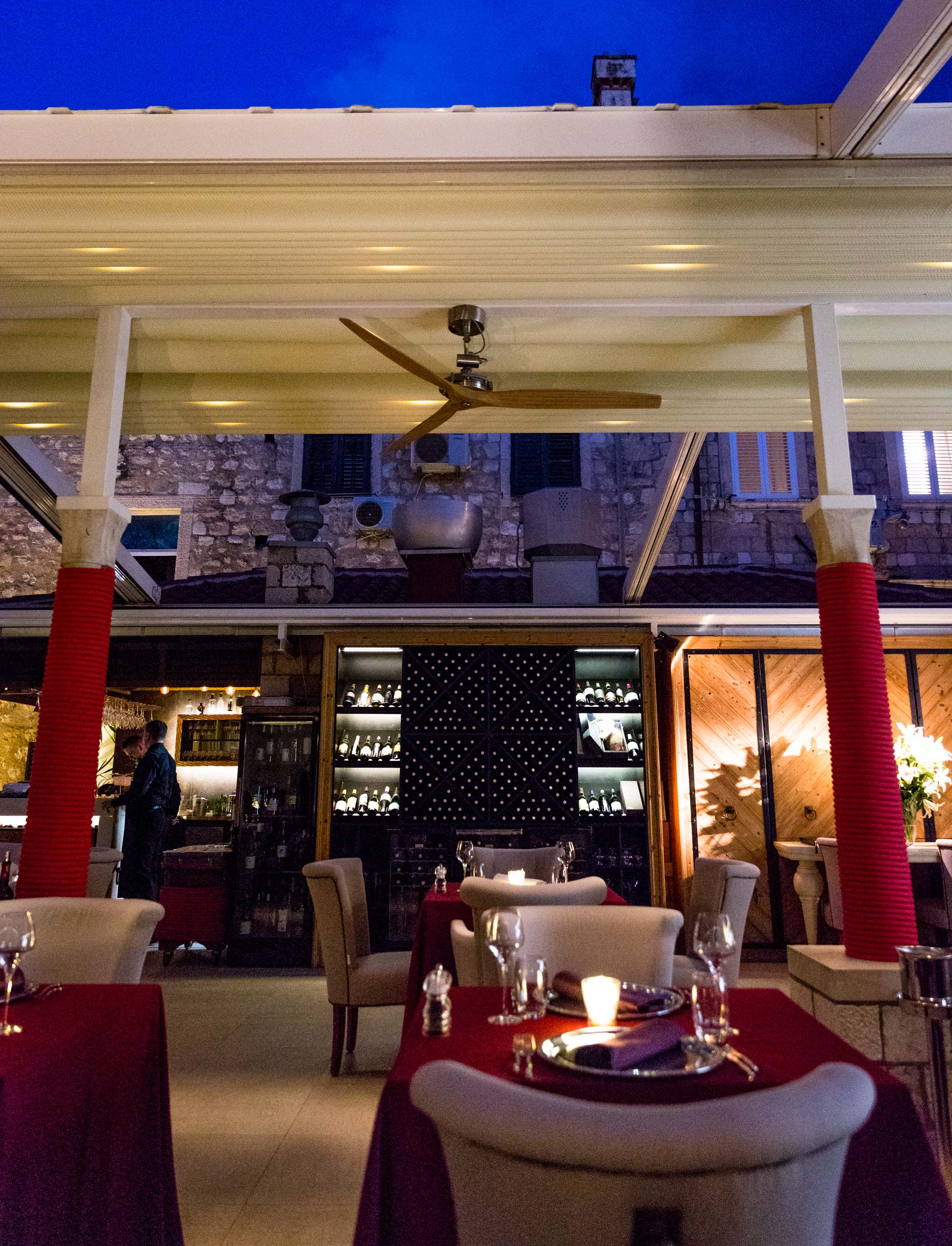 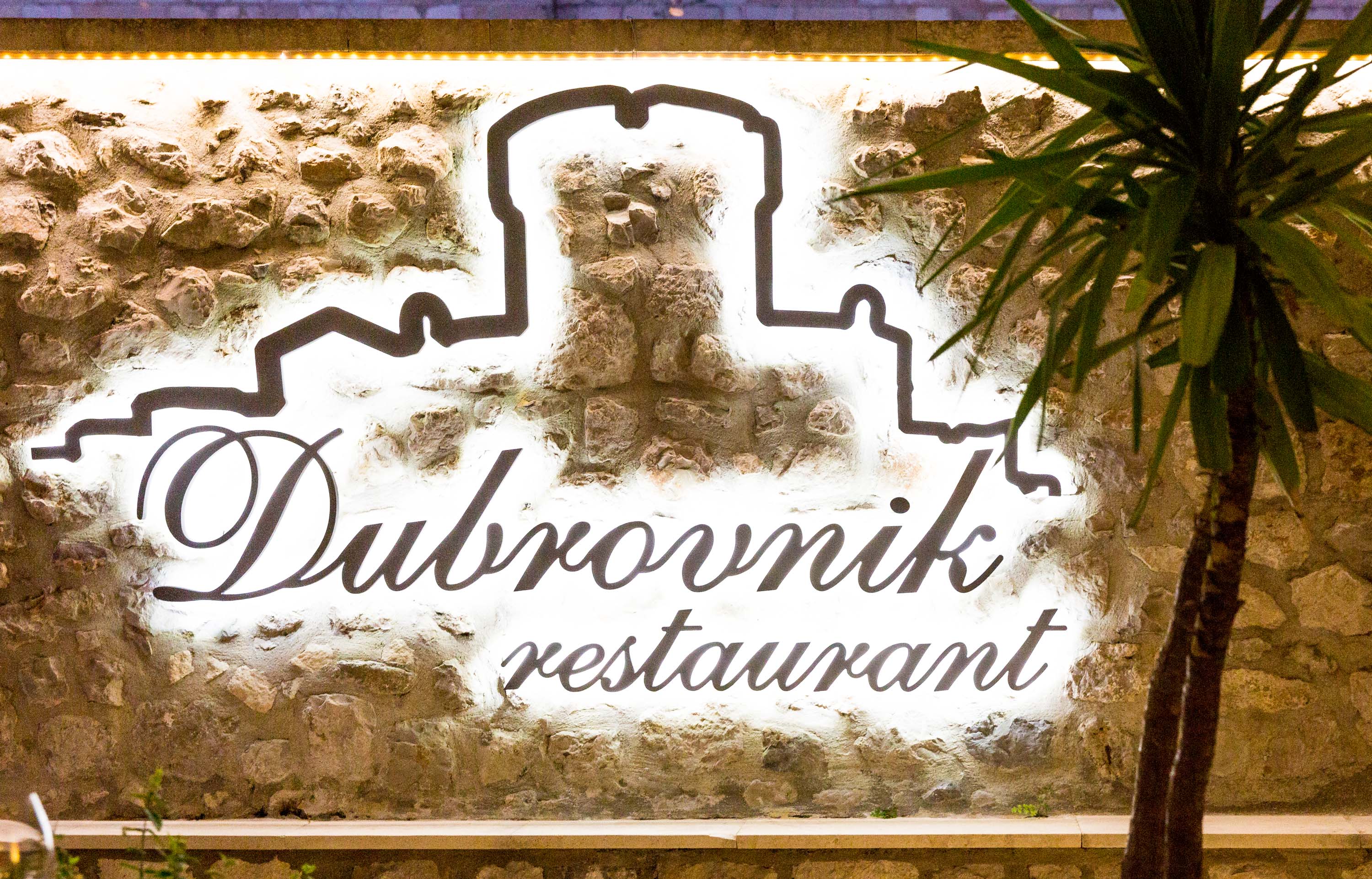 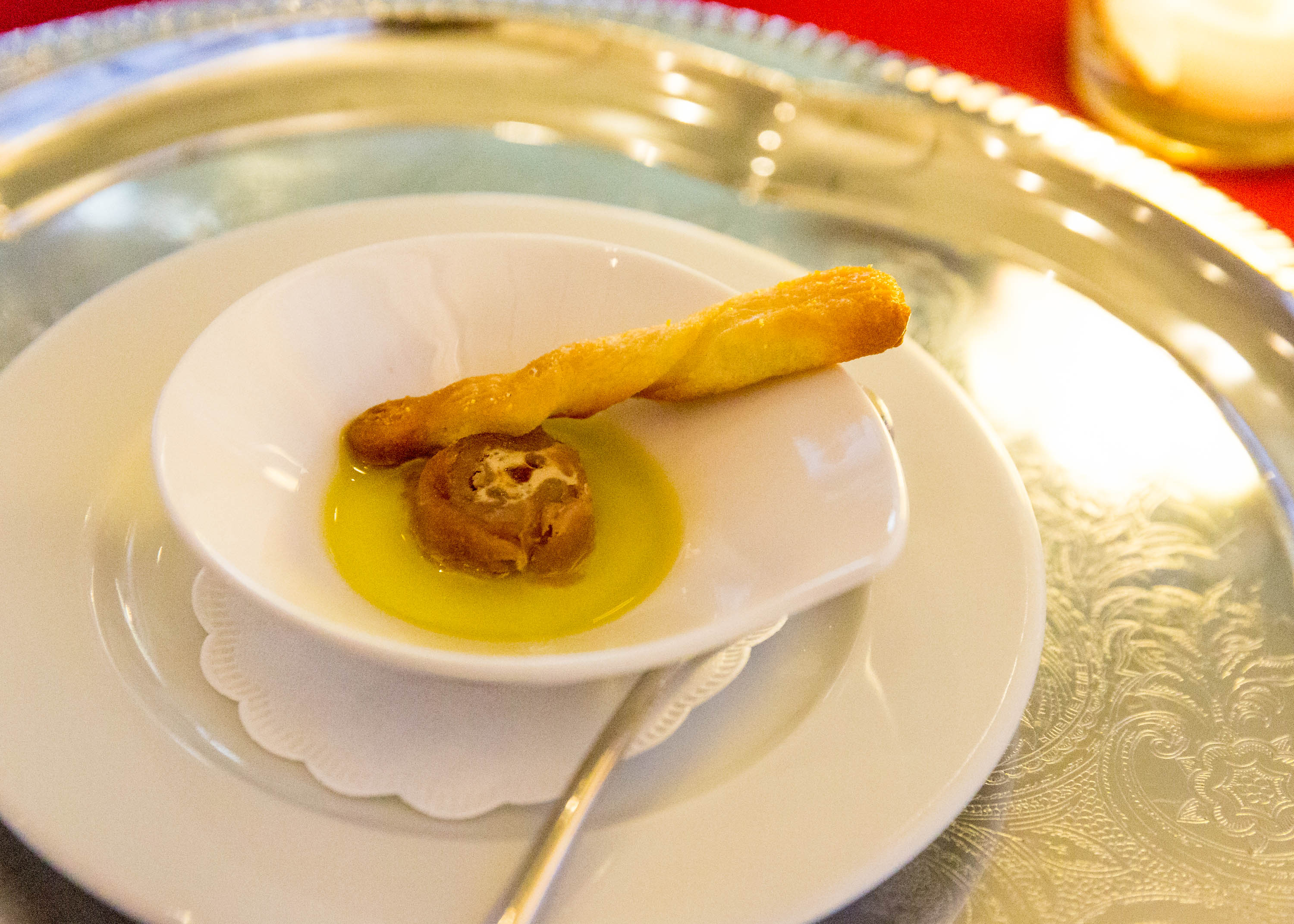 We ordered a bottle of local red wine, with the help of the very informative server. I've said it before, and it bears repeating. The servers in Croatia on a whole were very knowledgeable of their local wine. Which helped me immensely, since Croatian wines rarely get beyond the Croatian border, and I've never had one.

An amuse-bouche was sent out. I'd be lying if I told you anything about this dish. I simply don't remember, but I'm sure it was a perfect way to start the meal. 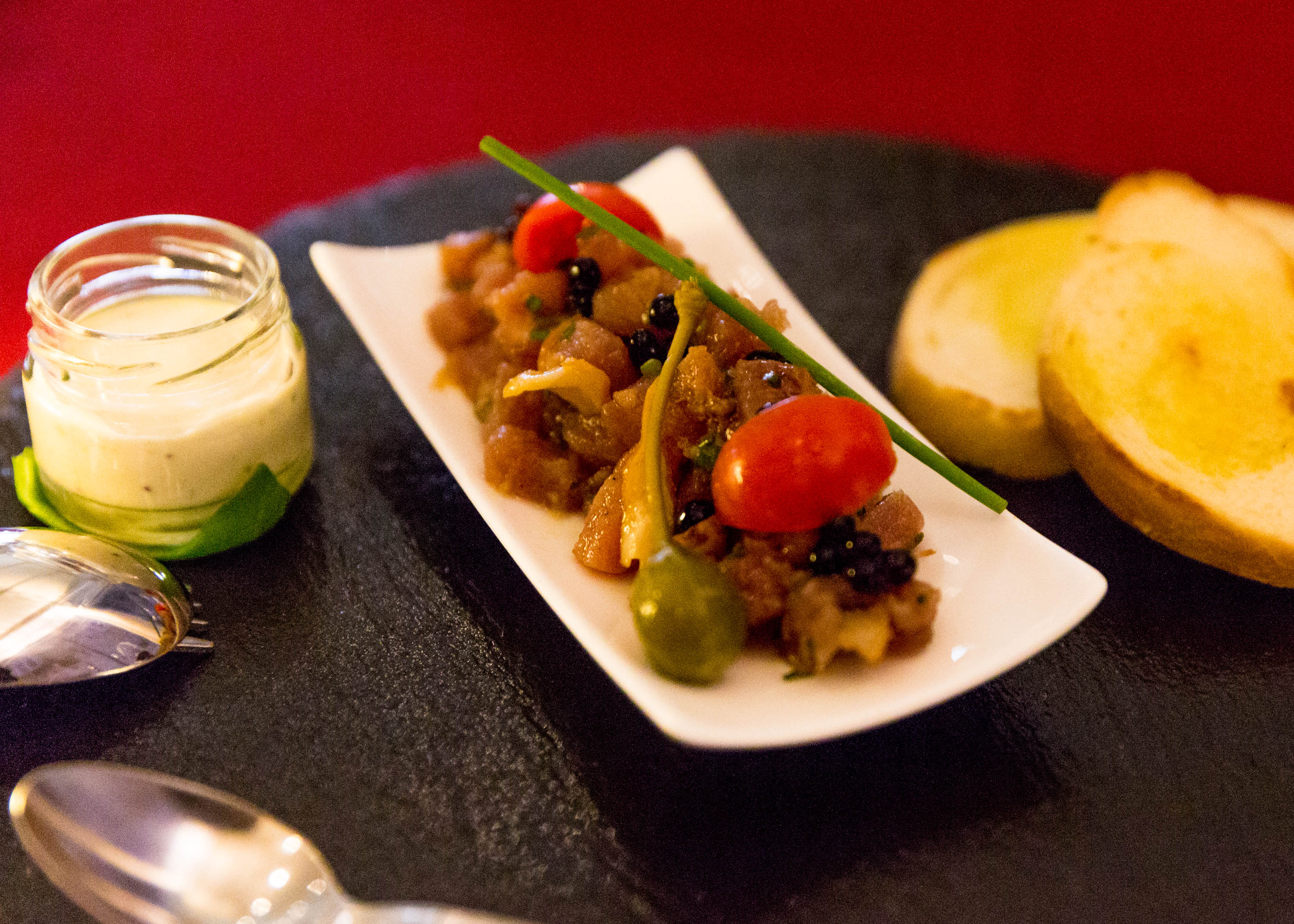 My memory gets much more clear from the appetizer on. We started with the tuna and octopus tartare. I assume the octopus was cooked (not really tartare). This was a great dish with pleasant bursts of salt and ocean, and a variety of textures. Good stuff right here.